The case of Gene McGuire, the new chaplain for a chain of chicken dinner restaurants in northern Texas, illustrates how a mistake early in your life can destroy it. He was jailed for murder as a teen.

Instead of celebrating his 18th birthday, the chaplain was going to prison to serve a sentence of life without parole, even though he was not directly involved in a killing. 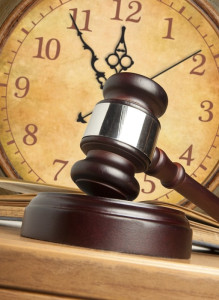 Gene McGuire, a Texas chaplain was wrongly jailed for murder

Four decades on he is working as a chaplain for the 1,400 employees at the Babe’s Chicken Dinner House restaurants, a chain with locations across North Texas, including in Arlington and Granbury.

McGuire cited errors made by his court-appointed attorney when he was a teenager for the long time he spent behind bars. He wrote a book about his ordeal called “Unshackled, from Ruin to Redemption.” The 56-year-old chaplain grew up in rural Pennsylvania. His promising school career as an athlete was cut short by a mistake he made in 1977.

McGuire, 17, returned from a farm he was working at to find his family drinking alcohol and playing cards. His favorite cousin was there. The family did not know but he was on the run for a murder he committed in New Jersey.

They went to play pool and the cousin told McGuire and his stepbrother he wanted to rob the bar. He asked the boys to stay outside and to act as lookouts.

However, when they went back into the bar, they saw their cousin stabbing the bartender to death.

McGuire said he yelled at his cousin to stop but it was too late. They escaped together to New York City. McGuire eventually turned himself in and was charged with second-degree murder over the killing in the bar.

Even though he was not present during the killing, McGuire’s court-appointed lawyer urged him to plead guilty, saying he would be out of jail in eight to 10 years. He said the lawyer convinced him he would be convicted of manslaughter which does not carry a life sentence.

The advice backfired and he was jailed for life. However, he was later released on the back of a U.S. Supreme Court ruling that teens 17 and under with life sentences should have their cases automatically reviewed.

McGuire served 34 years and nine months in prison for a crime he did not commit.

The case highlights how easy it can be to make a mistake that denies you of your liberty. It’s imperative to receive vigorous legal representation to defend your rights.

You can read about how we defend your rights in murder and manslaughter cases here. Call our experienced Tarrant County criminal defense lawyer.