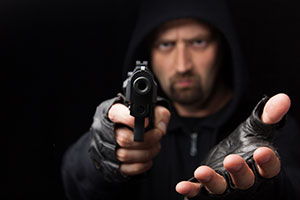 It was Christmas time and our client was going to walk to a holiday party. He stopped at his neighborhood convenience store to buy a scratch-off ticket – and was a winner! Just then a gang member walked in and pointed a gun at the store owner and demanded the cash. The gang member then pointed the gun at our client and told the client to grab the cigar box of money. The gunman shot the owner dead, and the gunman told our client to come with him. They drove to the gunman’s relative’s home. The gunman counted the money and gave a small amount to our client and told him not to say anything or “you know what will happen”.

Our client left and went to the Christmas party. After the gunman was arrested, the gunman confessed and said that our client had knowingly helped him commit the robbery and murder. The client was arrested and told the exact truth about what happened, but was indicted and tried for capital murder charges anyway.

At trial we showed that the client was a friend of the store owner and was working two jobs at the time and had plenty of money to live on. He was also timely paying his rent. There was no reason for him to demand cash from the store owner and murder him. We also found in the police evidence the winning scratch-off ticket that our client said he had bought and was trying to cash in when the gunman walked in the store and killed the owner.

We were able to show on cross-examination that the gunman who testified against our client had killed people in the past, was generally a terrible excuse of a person and that he traded his testimony against our client for a life sentence, sparing him the death penalty. The jury found our client not guilty of committing capital murder.