Texas has a law of parties. It’s a harsh rule that can mean the accomplice to a crime receives the same penalty as the perpetrator.

There’s a growing movement in Texas to rethink it after a man who was not even at the scene of a killing was sentenced to death.

Jeff Wood, 43, was convicted of the murder of Kriss Keeran, a clerk in a convenience store, in 1996. Wood was in a truck outside a convenience store in Kerrville, when his friend Daniel Reneau went into the store to carry out a robbery. However, Reneau shot the clerk dead in the store. 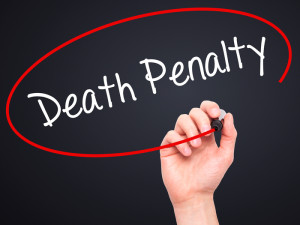 Although he had been outside in a car, Wood was convicted of murder under Texas’s “law of parties” statute. This law says people who are responsible for a crime that leads to a death are as responsible as the killer even if they did not directly commit the murder.

Wood was given an execution date in August 2016. However, the Texas Court of Criminal Appeals stayed his death just six days before it was scheduled. Wood’s case attracted considerable opposition

In a statement issued in August, the conference said the level of public outcry against the execution illustrated a broad public agreement about the unfairness of the law of parties in Texas.

Wood’s case is being reviewed by a trial court. State Rep. Terry Canales, is sponsoring House Bill 316 which would end death sentences for defendants convicted of capital murder under the law of parties.

Canales is a Democrat. Republican State Rep. Jeff Leach, who is a supporter of the death penalty, stated his opposition to the law of parties in capital cases.

Leach said Wood may have had an inkling the clerk would be killed but he could not be sure. He said:

“You can’t be executing people like that, you just can’t. We can keep them in prison for life, but to execute them is an entirely different conversation.”

State Rep. Harold Dutton, is backing a bill to modify the law of parties rule. His bill would still permit death penalty sentences for those who helped a killer commit a murder, but not in cases like Wood’s.

And changes to state law would not affect Wood’s case against execution.

Wood’s defense attorneys argued he had no idea that Reneau had a gun or would shoot the clerk. Reneau was executed in 2002.

The law of parties makes no distinction between principals and accomplices to a crime.

Georgia has a similar law but few other states treat accomplices in the same way as principals.

The last offender to be executed under the “law of parties” rule in Texas was Robert Lee Thompson in 2009. Unlike Wood, he was actively involved in the act of a robbery at a store. His co-defendant, Sammy Butler, killed the clerk. Butler was not executed for the crime and is serving a life sentence.

Five people have been executed under Texas’s controversial “law of parties” statute. The Lone Star State has used the statute in more executions than any other.

If you have been charged with murder, a crime that can attract the death penalty, it’s vital to obtain experienced legal representation. The Medlin Law Firm has almost 50 years of combined experience in criminal defense in serious cases.