The decision by Attorney General Jeff Sessions not to renew the National Commission on Forensic Science led to a backlash.

Now, notwithstanding criticism from Sessions, an effort to validate forensic science is to be re-launched under new management, six months after it was shuttered.

A report in Think Progress noted the creation of a new Forensic Science Working Group (FSWG). The group is led by prosecutor Ted Hunt. It will pick up work that stopped in April when Sessions said he would not renew the four-year-old National Commission on Forensic Science (NCFS).

The National Commission on Forensic Science was set up to establish courtroom standards on the use of forensic evidence. 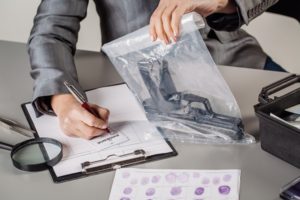 Fears over non renewal of National Commission on Forensic Science

Science like bite mark comparisons and hair and fiber testimony came under fire as exonerations mounted. The NCFS revealed some of these widely-used methods to be ‘junk science.’

Deputy Attorney General Rod Rosenstein said in August the working group will resume work on the “Uniform Language for Testimony and Reports.”

These linguistic standards will govern how judges, prosecutors, and expert witnesses characterize the forensic evidence presented to juries.

Although the FSWG is picking up some of the work of its predecessor, it’s unclear if it will take the same attitude to forensic science.

The National Commission on Forensic Science was known for its open-minded spirit and its no holds barred approach to questions about how courtroom forensic testimony failed to keep pace with actual forensic science.

“In the forensic sciences community, we’re in the same position as you: This sounds nice, but what exactly are the details. One thing we are waiting to see is how much this new DOJ effort will include collaboration with the broader scientific community.”

We have noted how widely-used forensic methods were later revealed to be flawed.

The Innocence Project said in half of all DNA exonerations, improper forensic science was a factor in a wrongful conviction.

The project noted how forensic techniques like the matching of a defendant’s teeth to bite marks on a victim or voice matching techniques were “cloaked in science but lack even the most basic scientific standards.”

In a recent article, Mother Jones noted Hunt has a history of opposing pro-science reforms, suggesting the new body may be more reactionary than its predecessor.

Hunt is charged with creating standards for experts so as the Department’s forensic testimony is aligned with scientific principles and just outcomes. Mother Jones noted his votes on the commission question whether his work will truly be scientific.

If you have been charged with a crime based on dubious forensic science, an experienced Fort Worth criminal defense lawyer can help you. Contact us here.