Attorney General Jeff Sessions has talked extensively about America being in the grip of a violent crime wave.

However, some experts are questioning his analysis. An article in Salon in September made reference to a new study that suggested Sessions’ claims about a permanent violent crime wave were factually wrong.

The Salon story was based on an analysis of crime data from the 30 largest cities in America that predicted violent crime would fall by 0.6 percent.

Although violent crime rose in 2015 and 2016 in many places including some of the largest cities in Texas, the predictions for 2017 would make it the lowest crime rate since 1990, according to the Washington Post. 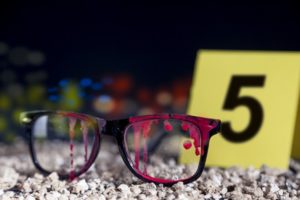 Notion of a violent crime wave is questioned

A preliminary analysis of crime data from America’s biggest cities was carried out by the Brennan Center for Justice.

The homicide rate was expected to tumble by 2.5 percent, on par with the murder rate from 2009.

Sessions followed a narrative laid out by President Donald Trump who has warned of rocketing crime rates in cities like Chicago.

At his swearing-in as the nation’s top law enforcement official in February, Attorney General Jeff Sessions picked up a thread that had run throughout the election campaign.

“We have a crime problem. I wish the rise that we are seeing in crime in America today were some sort of aberration or a blip. My best judgment, having been involved in criminal law enforcement for many years, is that this is a dangerous, permanent trend that places the health and safety of the American people at risk.”

Sessions’ rhetoric earlier in the year, continued in the summer. He told the 63rd Biennial Conference of the National Fraternal Order of Police that after falling for nearly two decades because of the “hard but necessary work our country started in the 1980s,” violent crime had returned with a vengeance.

The figures indicate otherwise. Rises in violent crime in 2015 and 2016 followed a low crime year in 2014. Violent crime rose earlier in 2017 in Fort Worth. However, cities like Dallas, San Antonio and Austin, which experienced large rises in violent offenses in 2016, saw a levelling out in 2017.

The national rise in violent crime in 2015 and 2016 was heavily driven by two cities – Chicago and Baltimore.

These two cities made up more than half of the increase in murders in large cities from 2014 to 2017. Chicago was expecting to see a drop of 2.4 percent. In violent crime in 2017. However, big declines in New York, Houston and Detroit drove the overall decrease.

If you have been charged with a violent crime in Fort Worth read our resources or call our criminal defense lawyers.