Many drivers in Texas are concerned they will be wrongly subjected to traffic stops which could escalate into other matters like DWI tests and charges like resisting arrest. However, in Arlington five police officers were indicted on charges of falsely reporting traffic stops that never happened.

A report in the Star-Telegram noted their cases were dismissed on condition they permanently surrender their peace officer licenses.

The report said 11 other officers involved in an investigation previously gave up their licenses on the condition that their cases would not go before a grand jury. 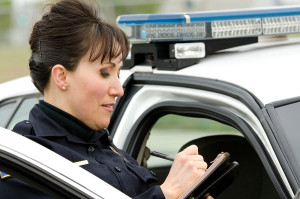 Police in Arlington were accused of falsely reporting traffic stops

One of the officers faced 14 counts of tampering with a government record with intent to defraud his sergeant. The offense is a state jail felony.

The other four officers faced charges of tampering with government records, each Class A misdemeanors.

Prosecutors claimed the police officers falsely reported traffic stops from February to May 2016.

The alleged false reporting of traffic stops came to light during a routine audit last year. The patrol division was accused of reporting traffic stops that were never carried out, police spokesman Christopher Cook said at the time. The department placed 15 officers on leave in May 2016.

The Star-Telegram reported three officers resigned during the course of the ongoing investigation. A further nine were fired in December. Four others were still under investigation. The report said it was not clear if these police officers were fired before they surrendered their peace officer licenses.

Lack of Dashcam Evidence Led To The Investigation

Evidence of allegedly falsified traffic stops came to light when supervisors were unable to find accompanying dashcam video of the recorded stops.

When a traffic stop occurs, police officers should report the reason for the stop, driver details such as race, whether an arrest occurred, and if a search took place during the stop. That data goes into the compilation of the department’s annual racial profiling report.

Attorneys for the police officers said they were under pressure to make stops and issue citations to meet department traffic ticket quotas.

If this was the case, it raises the very real concern that drivers could be stopped for no legitimate reason because traffic officers are seeking to meet unrealistic quotas.

At the Medlin Law Firm, we vigorously defend drivers charged with DWIs and other offenses. In these cases, a traffic stop may be spurious.