Antiterrorism Laws – The Wife of Orlando Gunman is Arrested

America’s antiterrorism laws can be far-reaching. Recently, the widow of the Pulse nightclub shooter Omer Mateen was arrested in California on a raft of federal charges that included allegedly abetting his support for ISIS.

The Orlando nightclub shooting in 2016 claimed 49 lives. It was the deadliest mass shooting in U.S. history and the worst terror attack since 9/11. 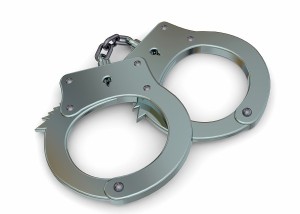 Mateen pledged allegiance to the Islamic terror group ISIS at the time of the attack. He was killed after his shooting rampage.

Salman’s arrest was first reported in the New York Times which noted federal charges were filed in the Middle District of Florida.

The CNN report said the authorities believe Salman acted of her own free will. She is said to have proactively taken steps to impede the investigation into the massacre, according to law enforcement officers.

Officials are said to be skeptical about Salman’s claims she was coerced due to her husband’s abusive behavior. One official said evidence will show she was complicit in the crime and was aware her husband was going to do something bad.

Attorneys acting for Salman say she had no prior knowledge that her husband would enter Orlando’s Pulse nightclub and commit the massacre.

Orlando Police Chief John Mina said Salman could have prevented the tragedy occurring had she acted.

In California, a man who is charged with helping one of the perpetrators of the San Bernardino terror attack obtain firearms, has agreed to plead guilty to terrorism-related charges.

He reached a plea agreement in February.  Mar­quez Jr also ad­mit­ted plot­ting a few years earli­er with Farook to launch at­tacks on the 91 Free­way and River­side Com­munity Col­lege. That plan was nev­er car­ried out. He faces up to 25 years in prison.

Federal statutes related to aiding and abetting terrorism under 18 U.S.C. §§2339A and 2339B are among the most frequently prosecuted federal anti-terrorism statutes, according to the Congressional Research Service.

Under the law “material support or resources” can relate to any service or tangible or intangible property. The U.S. Supreme Court has upheld the sections against legal challenges that they are too vague.

A conviction for a violation of Section 2339B can land an offender facing up to 20 years in prison and a fine of up to $250,000 if the offense results in a death.

If you are charged with a federal offense, you are likely to be facing a long term in prison. It’s important to get experienced criminal representation as soon as possible. Contact us here.