We associate high crime with big cities such as Chicago, Baltimore, and Dallas in Texas. However, research suggests the highest incarceration rates occur in America’s rural counties.

A recent report by Safety & Justice Challenge noted jail populations have been growing steadily in rural counties at a time of decline in big cities.

The trend is occurring in the face of lower crime rates in rural America than in urban areas.

The new report was released in June 2017 by the Vera Institute of Justice and the John D. and Catherine T. MacArthur Foundation’s Safety and Justice Challenge.

The report noted rural counties have the highest rates of pretrial incarceration in the country. 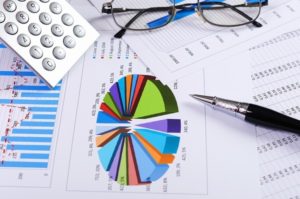 Rural counties have the highest rate of incarceration

Increasingly, they are renting out beds in jail to people for other government agencies. Rural counties also have scarcer resources than their urban counterparts.

These factors mean agencies are using incarceration more and more in country areas.

While reforms were made in many big cities to divert defendants away from jails, the same cannot be said for the 1,936 rural counties that comprise two-thirds of all counties in the United States.

Vera President Nicholas Turner said rural counties and their jails tended to be out of sight and out of mind in terms of the national criminal justice debate. He said:

“Their growing jails are a glimpse into the pain that many people in these counties know intimately. We hope that this report sheds light on an important trend, and brings rural America into the criminal justice conversation. We can’t end mass incarceration in America without paying attention to rural jails.”

Some key finds of the study included the following: