Serial killers attract more interest from the public, TV makers and criminologists than any other type of offenders.

However, there’s still a lot of misinformation and uncertainty about the motives and the mind of a serial killer.

A study carried out over more than two decades by a forensic psychology professor at Radford University represents one of the most comprehensive pieces of research to date on serial killers.

A report in Vox described how in the early 1990s, Dr. Mike Aamodt began to collect and classify date on mass killers. He cited a dearth of information available about serial killers at the time.

Over a period of 25 years, Aamodt and his students sifted through public record related to killers around the globe. He collected information on close to 3,000 murderers and 10,000 victims. 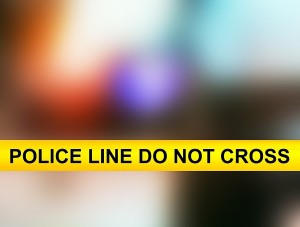 They were not all contemporary cases or familiar names. The earliest case dated from 1900. The data sheds light on why serial killers committed their grisly crimes.

One interesting fact to come out of the study is a stark trend. The number of serial killers has declined by 85 percent over the past 30 years. The peak time for serial killers was during the 1980s, the research found.

We associate serial killers with numerous homicides. However, the researchers used the FBI’s official definition of serial killing, which is the killing of two or more victims by the same offender in separate events.

This includes not only the well-known serial killers like Charles Manson, Ted Bundy and Jeffrey Dahmer, but people involved in organized crimes like hitmen and gang members. These people often carry out many killings with less publicity because their victims may be involved in the criminal underworld.

Aamodt recorded any motives they could find in a plethora of media and other reports of serial killers.

Why Do Serial Killers Commit their Crimes?

The research pinpointed two main reason for murders – pleasure and financial gain. The survey found 31.8 percent of killers of multiple victims did it for personal pleasure and 30.1 percent for financial advantage.

Anger came in a distant third at just over 18 percent. While serial killers are associated with the deaths of strangers, most murders we see in Texas are by people who know each other. Often they are crimes of passion. Rather than the calculated methods of the serial killer, many people accused of homicides did not intend to kill. There may be mitigating circumstances like domestic abuse or killings may be carried out in self-defense.

Although serial killers are often associated with macabre and gruesome methods of disposing of their victims, the research found this was a characteristic of a minority of killers. Almost 50 percent used guns.

Texas is about midway down the table in terms of serial killer victims per 100,000 people.

If you have been charged with murder or manslaughter, it’s important that you receive vigorous criminal defense representation.