What Types Of Defenses Can Be Used In Fort Worth Assault Cases?

What Types of Defenses Can Be Used in an Assault Case?

Self-defense is the most common defense in Fort Worth assault cases. Note that it doesn’t necessarily mean you were defending yourself. You have the right to use force to defend yourself, the lives and safety of your family, and another third party. For example, if a man is beating the crap out of a young woman, you could use force to pull him back and do what you can to stop him. You aren’t engaging in an assault. You’re defending an innocent party.

You can even be found innocent of assault charges in Fort Worth if your actions caused injury to the other party. If someone uses force against you, it is reasonable to use force to stop them. For example, shooting a would-be rapist is self-defense. Using force when someone threatens to rape, maim or murder someone else is reasonable and counts as self-defense, as well. The courts will consider deadly force justified if someone believes they or someone else is in imminent danger. This is why you can be found innocent if you shoot an intruder you think is raping or killing your daughter or may harm you in the same way. You are entitled to use deadly force to defend third parties, as well, but we’re back to the nebulous definition of “reasonable”. This is why you don’t necessarily want to escalate to violence or threats of violence without knowing what is going on and properly assessing the risk.

What Are the Potential Penalties if I’m Found Guilty of Assault?

There are circumstances that can up a simple assault charge to a felony. The assault becomes a third-degree felony if you know the person is a public servant, whether it is a firefighter, paramedic, police officer, or warden in the jail. Attacking them in retaliation for doing their job will result in a felony. Assault with a weapon will escalate the penalties, whether you threatened someone with a gun or tire iron.

Aggravated assault is when the assault results in a serious injury like broken bones, disfigurement or surgery. If you threaten grievous bodily injury, this can result in aggravated assault charges, too. Aggravated assault charges come with even greater penalties. This isn’t just a felony. Texas classifies aggravated assault as either a first or second-degree felony. A first-degree felony can come with a fine of up to 10,000 dollars and between 5 to 99 years in prison. A second degree felony has the same potential fine but could put you in prison for 2 to 20 years. What makes something aggravated assault? It is generally when someone uses a deadly weapon. A deadly weapon is anything intended to cause death. It could be a baseball bat, knife, or gun. One state classified a rock as a deadly weapon, because it was used to bash in the skull of the victim. Texas ruled that a floor could be a deadly weapon in the case Stanul versus State because the defendant slammed the victim’s head into it repeatedly. The Turner versus State case that took place in Dallas, hands, and fists were found to be deadly weapons in some circumstances. Just punching someone isn’t aggravated assault. Punching them or kicking them in the head with the intent or great odds of killing them is.

What Happens if the Case Becomes a Felony Offense? 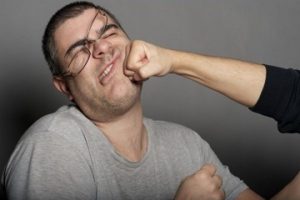 Check What Enhances Aggravated Charges In Fort Worth TX
&
About Us