In comparison to other states, Texas has some relatively harsh punishments for drug crimes and a Dallas drug trafficking lawyer can help anyone facing charges.

This attitude may be linked in part to the state’s much-touted “tough on crime” posture, but it might also be related to the state’s vast border with Mexico. Because of the vast and difficult-to-control border, Texas has been a major target for drug traffickers, prompting Texas authorities to pursue drug crimes severely.

1. What Is The Most Common Drug Offense In Texas?

Despite the fact that drug issues are prevalent across the United States, it is the most frequent crime in the state of Texas. According to the Texas Department of Public Safety, Texas has the highest number of drug arrests in the state. However, considering the state’s breadth and the enormous number of people who live in the hundreds of communities scattered throughout the state, it’s no wonder that drug violations are a widespread crime. 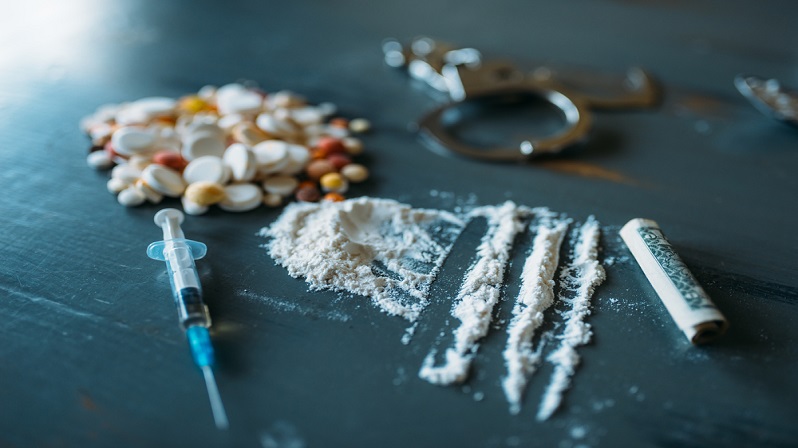 In Texas, being caught with illicit substances may result in substantial jail time, even for minor possession in certain situations. Creating a sound defense plan is critical if you want to escape the heavy criminal penalties that our state is known for. Certain defense tactics that may be effective in some instances are as follows:

The Fourth Amendment protects citizens against unreasonable searches and seizures. Drugs are often discovered during a search. An attorney may go through the facts of your case to see whether the search was possibly illegal. If the search that yielded the drugs was unlawful, the lawsuit will almost certainly be dismissed.

In order to establish its case, the state should get the claimed drugs tested in a lab to ensure that they are what they claim to be. From the time the narcotics are discovered until they are tested, proper processes must have been followed, including proper handling and chain-of-custody paperwork. A mistake might render the test invalid.

On rare occasions, persons will lawfully be in possession of narcotics without being aware of their existence. For example, you may have borrowed a friend’s automobile while your own was being serviced and had no clue there was a baggie of marijuana in the trunk. Alternatively, your grandmother may have spilled a narcotic pain medication on your floor while visiting you. In this case, you had no intent to illegally possess a narcotic and should not have been found guilty.

People are occasionally legally administered narcotic drugs that would be criminal to possess if not prescribed. Confusion may arise when a patient is carrying their medicine without the container it came in or other readily produced documentation that they are supposed to be carrying the drug, resulting in false arrests. Patients participating in the Compassionate Use Program who are carrying low-THC drugs may be arrested inadvertently.

The appropriate defense approach for you will be determined by all of the facts and circumstances of your case. An attorney will need to thoroughly analyze your circumstances to decide how best to defend you.

Drug accusations, in any event, should be treated seriously. A conviction may often result in prison time, fines, or both. However, federal drug penalties are often more serious than state-level ones. Convictions for drug offenses are subject to a variety of fines and punishments under federal law.

If you are charged with a drug offense in Texas, you may face a misdemeanor or felony charge.

Felonies are much more severe than minor violations. Felonies have greater penalties. They may also have long-term consequences for you, even after you have served your sentence and paid your penalties. A felony record might make it difficult to get work, receive government aid, vote, run for office, or even travel to another country. It’s a terrible term that may completely devastate your life. Drug Crimes must always be taken seriously.

The sort of substance and how much of it you are accused of having will determine whether or not you are charged with a felony for drug possession.

3. What Is Drug Trafficking In Texas?

Drug trafficking is defined as the transportation or distribution of illicit, controlled narcotics such as heroin, methamphetamine, or cocaine. You may also be charged with drug trafficking if you carry or sell prescribed medicines such as oxycodone. Drug trafficking, by definition, involves drug possession, since you must have a drug in your hands in order to distribute it. Under federal law, drug trafficking is also a felony criminal violation.

When law enforcement arrests someone and discovers a quantity of an illegal substance in their possession, they will most certainly prosecute them with drug possession. Prosecutors may, however, attempt to utilize circumstantial evidence to establish that the defendant intended to sell or distribute the narcotics. 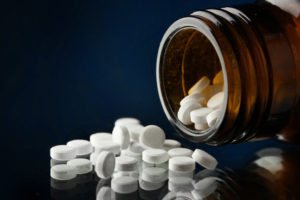 Prosecutors, for example, may attempt to demonstrate that a significant number of plastic baggies, scales, and other things constitute “drug paraphernalia,” suggesting that you intended to package and distribute a restricted substance. Because the consequences for drug possession are less severe than those for drug trafficking, it is critical that you retain the services of an experienced criminal defense attorney. This includes lawyers such as those with The Medlin Law Firm to assist you in protecting your future and your freedom.

4. What Type Of Crime Is Drug Possession?

If you or a loved one have been discovered in a dangerous scenario with controlled narcotics, you may be asking, “What happens if you are charged with possession in Texas?”

If the police catch you with controlled substances in Texas, you could face any of these penalties:

The harshness of your sentence will be determined by:

5. What Is A Drug Conspiracy Charge?

A drug conspiracy is when two or more persons agree to conduct drug crimes together. A conspiracy is similar to a partnership, except that instead of doing lawful, respectable business, it is a plot to commit crimes. A defendant may be held liable in this form of criminal proceeding not just for his own wrongdoings, but also for the wrongdoings of those involved.

Furthermore, while conspiracy is a distinct offense from criminal conduct, the sentence is determined by the underlying drug accusation. Anyone who tries or conspires to violate federal drug legislation is subject to penalty under federal law.

Depending on the underlying drug allegation, the sentence might be as long as life. The most often prosecuted federal drug legislation has a mandatory minimum sentence of 10 years to life in federal prison.

6. What To Do If Police Find Drugs That Aren’t Yours

Constructive drug possession is a non-physical possession that happens when an offender possesses controlled substances or illegal narcotics in their immediate proximity or under their care and control, but not on them. You might face harsh drug possession charges even if the restricted drugs are not in your exclusive possession.

The prosecution must prove that the following factors are present in order to establish constructive possession charges in Texas:

The prosecution must, however, demonstrate the following in order to prove “actual knowledge”:

The prosecution may be able to demonstrate that the defendant had constructive possession of the restricted drug if they can show that these factors existed, as well as additional damning circumstances.

Stating “Those narcotics aren’t mine,” may not be enough to get you out of jail. As a result, having a highly qualified criminal defense attorney such as The Medlin Law Firm is essential.

7. How Long Do Drug Charges Stay On Your Record?

It takes 11 years for drug crimes, such as possession convictions, to be sifted. This does not necessarily imply that charges have been withdrawn since all warnings, cautions, discharges, and convictions remain on the national police database (PNC).

A drug offense conviction may bar you from working in some areas, such as law enforcement, or in professions that involve minors or need a professional license, such as nursing, law, or commercial driving.

8. Does Having Drugs In Your System Count As Possession?

There is a major legal distinction between having and taking illicit narcotics.

With a few exceptions, drug offenses under the Criminal Code and the Controlled Substances and Substances Act entail the possession of illicit drugs and seldom, if ever, the use of drugs. While possessing some narcotics is illegal, once the substances leave your hands-maybe by consumption-you are no longer committing the crime of possession. 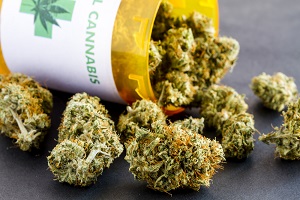 The scent of smoked marijuana would not automatically give a police officer cause to arrest someone. This is because the odor of burned marijuana may linger for a long time after it has been consumed, making it impossible to prove that there was a current possession offense.

Just because someone has previously used marijuana does not mean they have it in their hands currently. Frequently, though, a police officer will testify that they smell fresh, unburned marijuana, indicating that the suspect is presently in possession of marijuana.

A Person Who Is Smoking

There is no rule that states that people would be arrested for just ingesting a narcotic unless they are in a public area or running a machine of some type and are impaired.

9. What Does It Mean To Expunge Your Record Of A Drug Crime?

Having a drug possession charge on your record in Texas might have a detrimental influence on your life. Even if you were found not guilty or got deferred adjudication, your record might be used against you while looking for work, acquiring insurance, purchasing a home, or during a divorce or child custody issue.

What should a person do? You can’t simply forget about that drug arrest, can you?

Under certain conditions, such as if your arrest did not result in a conviction or formal prosecution, Texas law allows you to have your drug arrest record permanently expunged, which means that information about your arrest, charge, or conviction is removed from your permanent record through a legal process known as expunction.