Drug crimes are prosecuted in the United States federal court system. The federal government has broad authority to prosecute drug crimes, including violations of the Controlled Substances Act (CSA). The CSA sets out a comprehensive scheme for regulating controlled substances and making it illegal to possess or distribute certain drugs without a valid prescription or permit.

Federal prosecutors have wide discretion in deciding which charges to file and how vigorously to pursue prosecutions. Drug offenders face lengthy prison sentences if convicted, with penalties that can include life imprisonment for traffickers and 10 years for simple possession convictions. State governments also have criminal laws related to drug offenses, and many states have enhanced penalties for controlled substance offenses that are greater than those provided in the CSA.

Possession of a controlled substance is a felony offense in Texas. To prove guilty, you must have knowingly or intentionally possessed the drugs. If someone else puts the drugs on you, then you may have a valid defense to the possession charge.

Distribution and delivery are two key terms used in drug crimes. Distribution means transferring a controlled substance to someone else, including selling the drug. Delivery means physically handing off the controlled substance to the other person. Constructive delivery is when you’re still in control of the drug and facilitate its delivery, even if there isn’t a physical handoff between you and the other person. Constructive delivery can be charged if you manufacture the drugs even if someone else does the actual distribution.

Possession With Intent To Manufacture Or Distribute

The penalties for drug crimes vary depending on the charge but can be very severe. Drug trafficking is a particularly serious offense in Texas and is defined as knowingly selling, purchasing, manufacturing, delivering, or bringing into this state, or being in actual or constructive possession of, a controlled substance or illegal drug. These cases are taken very seriously by the state and can result in lengthy prison sentences. 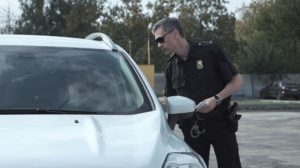 “Precursor” chemicals, can be illegal depending upon the situation of possession and the intentions of the person. This is the case even if they are not illegal in themselves. Texas law lists what chemicals it considers to be precursor chemicals.

Drugs in TX: Possession VS Using
&
More About Drug Charge