Trial Lawyer – Discuss With Us Your Drug Crime Case

When you hear “drug crimes” the first thing that comes to mind is illegal substances. You’re thinking of methamphetamine, cocaine, or LSD, among others. However, the term “drug crimes” encompasses all other drug abuse, including that of illegal and legal drugs.

Here’s an overview of drug laws in Texas based on types of substances and corresponding penalties.

In order to prove the latter, there needs to be evidence to show that you intended to transport or sell the drugs. For example, you have baggies and a weighing scale. These indicate that you plan on packaging the drugs for retail.

To better understand the law and the terminology involved, Chapter 481 (Texas Controlled Substances Act) of the Health and Safety Code defines the terms involved in drug crimes. These terms include:

Drug – “means a substance, other than a device or a component, part, or accessory of a device, that is:

Controlled Substance – according to the Health and Safety Code a “controlled substance” means:

Possession With Intent To Manufacture Or Distribute

Possession with intent to manufacture or distribute is illegal when it involves the transportation of a controlled substance from one state to another, or if it’s in excess of an amount that would be allowed to be possessed under the law of another state. 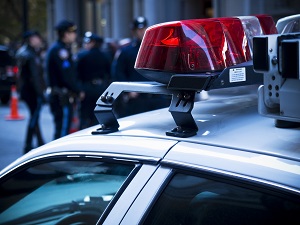 Drug paraphernalia refers to the objects used in growing, processing, and using controlled substances. It is not a single item but rather an entire household of items that are commonly found alongside drug trafficking.

A conspiracy is a secret plan by which people try to achieve their goals. This can involve an illegal act, such as the sale of drugs or murder.

The Texas Controlled Substances Act covers drug crimes and plays a vital role in the state’s war on drugs. In it you’ll find drug crimes are divided into “Schedules” which classify substances according to their effects, addictive qualities, and how much risk they pose.

Schedule I is the most restrictive drug schedule in Texas. It includes drugs that have a high potential for abuse and no accepted medical use in the United States. This category includes drugs like LSD, Ecstasy, and marijuana.

Schedule II drugs are substances that have a high potential for abuse and can cause physical or psychological dependence. They also have accepted medical use in the United States. Some common Schedule II drugs include OxyContin, Methamphetamine, Methadone, Percocet, Cocaine, Demerol and Fentanyl.

Schedule IV drugs are substances that have a low potential for abuse, less serious than the drugs in Schedule III. Abuse of these substances may lead to limited dependence. These drugs also have accepted medical use and are safe when used as directed.

Schedule V is the least restrictive of all the drug schedules in the United States. This schedule includes medications that have very low concentrations of codeine and other opioids. These medications are typically used to suppress coughs.

Can A Drug Charge Be Dropped?

Drug charges can be serious and carry stiff penalties. If you are facing drug charges, it is important to hire a veteran attorney who understands the law and can help you build a strong defense. There are three factors that must be present for law enforcement to make an arrest for drug possession: 1) The officer must have probable cause to believe you had care, custody, or control of the drug; 2) The drug must fall into one of the five Penalty Groups established by the Texas Health and Safety Code, and 3) The penalties for each group vary depending on which group the drug falls into.

How Long Do Drug Charges Stay On Your Record?

It depends on the charges you are facing. If your charge is a felony, it can stay on your record for up to 10 years. For any other type of charge, it stays for one year.

Does Having Drugs In Your System Count As Possession?

No, being in possession of drugs does not count as possession.

When you find yourself facing charges for drug crimes, you may be wondering what type of penalties you could face. While the specific punishments vary depending on the drug, it is important to know that there are two different types of possession: actual and constructive.

A person can be charged with actual possession of drugs if they are in “actual physical control” of a controlled substance. This means that the drugs are on the person and they have control over them.

Constructive possession occurs when a person has knowledge of drugs and has the ability to exercise dominion or control over them. It is not necessary for the person to be in physical possession of the drug. 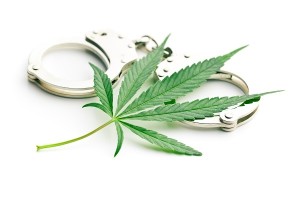 In order for a person to have constructive possession over drugs, they must knowingly exercise control over them and have knowledge that the substance is present.

Constructive possession is a lesser charge than actual possession. It can be used to show that the accused had knowledge of and control over illegal drugs, but it does not prove they were in physical possession of the drugs.

Constructive possession is a crime in Texas, and it can be used to charge someone with drug crimes even if they are not caught with the drugs or paraphernalia on their person.

The distinction between the two can be confusing, but it is important to understand if you are facing charges for drugs. Make it easier by hiring a criminal defense lawyer. An experienced lawyer can help you understand the charges against you and your options. If you are charged with drug crimes, it is important to hire a lawyer who understands the complexities of Texas drug laws and can help you fight your charges.