In the vast landscape of criminal law, few charges carry the gravity and potentially life-altering consequences of those related to homicides. The penalties imposed on those found guilty of conduct in this realm are often the most severe available under state law, making aggressive legal defense from a dedicated criminal attorney a virtual necessity. If you are accused of unlawfully taking the life of another, contact a Fort Worth murder lawyer who could fight tirelessly for your rights and your future. Let a determined and capable criminal defense attorney advocate for you.

Primary Definitions Within the Law of Homicide

The statutes that outline homicide crimes in Fort Worth can be found within Chapter 19 of the Texas Penal Code. An individual may be found to have committed criminal homicide under TPC §19.01 if they knowingly, intentionally, recklessly, or in a criminally negligent way cause the death of another. Several distinct homicide-related crimes are recognized by Texas law, including murder, capital murder, and manslaughter.

The specific crime of murder, as listed under TPC §19.02, involves intentional or knowing production of the death of another individual. Murder can also occur if an accused party intentionally produces serious bodily injury that ultimately results in death. Crimes charged as murders may be designated as first or second-degree felonies and may result in a maximum sentence of life in prison.

Capital murder is a more serious form of the offense described above which could stem from a range of scenarios. These may include killing a law enforcement officer, hiring another person to commit a homicide, murder of a child under ten years of age, or one of a series of other scenarios articulated by TPC §19.03. Conviction for capital murder in Fort Worth could result in a lifetime in prison or, in certain limited cases, the death penalty.

According to TPC §19.04, manslaughter occurs when an individual’s reckless conduct results in the death of another person. As a second-degree felony charge, manslaughter can yield penalties of up to two decades in prison alongside fines of up to $10,000.

Finally, Texas Penal Code §19.05 defines criminally negligent homicide as a state jail felony, making it the least severe of all murder-related charges in the State of Texas. However, a case based around this charge demands the same type of aggressive legal defense from a skilled Fort Worth murder lawyer as any other homicide crimes.

Should I record a statement with the police if I am innocent?

After a murder, detectives begin investigations immediately. In many cases, they will try to question suspects among other parties to the murder. They’ll also try to convince them to give statements at the police station.

If you get a phone call from Fort Worth detectives regarding a murder investigation and the detectives ask you to go to the police station to record a statement, you should refrain from doing so if you don’t have a murder lawyer.

It’s worth noting that detectives have little interest in knowing a suspect’s side of the story. Homicide detectives are known to befriend suspects and pretend to care. However, they intend to interrogate you and look for ways of incriminating you using your own statement.

If you choose to give a statement, your chances of being incriminated and arrested are very high even if you are innocent. Cooperating in a homicide investigation is a bad idea if you don’t have an experienced criminal lawyer to guide you throughout the process.

Why should you choose us? 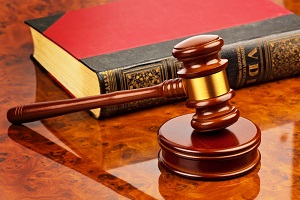 Our murder defense team at our Fort Worth offices has unmatched experience, resources, and the dedication needed to defend you/a family member against cases involving murder. We start by conducting thorough investigations and then find flaws and weaknesses. We’ll also find credible witnesses and experts to support your case. Our murder defense team will also explore all possible deals with the prosecutor and protect your rights during the entire criminal process. We support our clients throughout.

We understand the psychological effects that come with facing murder charges. That’s why we immerse ourselves into our client’s cases and give cases tireless attention from the evidence gathering stage to pre-indictment, trial, and sentencing. What’s more, we have over 96 years of combined experience handling capital cases. We understand what’s at stake. We have also helped many others like you get favorable outcomes in cases involving murder and other serious crimes.

Get a FREE confidential case evaluation NOW and avoid the serious consequences of dealing with inexperienced murder attorneys.

Because of the profoundly damaging nature of homicides and their detrimental effects on society at large, prosecutors in Texas usually bring substantial resources to bear in such cases. Seasoned investigators and experienced attorneys work diligently on behalf of the state to secure convictions, but that does not relieve them of the duty to establish every element of the charged offense beyond a reasonable doubt.

While the prospect of contesting a murder allegation may be overwhelming, it may be possible to obtain a dismissal or at least a reduction in charges depending on the facts at issue. Arguments founded on theories of self-defense, absence of intent, defense of others, accident or mental defect can prove extremely effective under certain circumstances.

A seasoned Fort Worth murder defense lawyer could also work to expose weaknesses in the prosecution’s case by seeking the exclusion of evidence obtained through unconstitutional searches, seizures, or questioning by law enforcement.

Talking to a Fort Worth Murder Attorney

Being found guilty of murder in Texas is almost certain to result in long-term and potentially permanent loss of personal freedom, onerous financial burdens, and personal devastation from which it may be almost impossible to ever recover. Given that stark reality, you should not delay in securing the advocacy of a Fort Worth murder lawyer if you ever find yourself facing such charges. To get started on your case, call today for a confidential consultation.

Learn about Failure to Appear Laws