What Are The Common Types of Police Encounters People Find Themselves In? 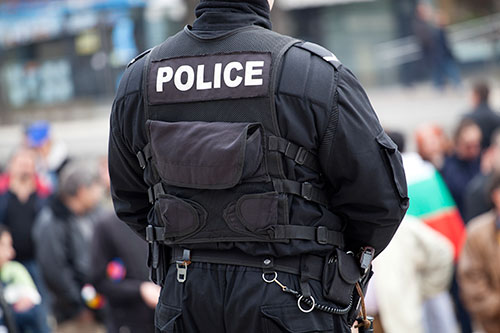 There are several different types of police encounters. One particularly common one is what the police like to call consensual, and occurs when they approach someone in public and start talking to them. While that is certainly permissible, anyone who is approached by a police officer can refuse to talk to them and simply walk away. When someone chooses to talk to police officers during consensual encounters, anything that the person says may lead to a reason for the police to further investigate or detain the person. This is just one reason why it’s so important for people to understand that when approached by a police officer, they have the right to refuse to answer any and all questions. Given our nature as human beings and the way most of us have been raised to be polite and courteous, most people think they need to engage politely with officers and exchange pleasantries.

In order to avoid saying something which may lead to a detention or investigation, individuals should either refuse to answer questions or ask the police officer whether they are being detained or investigated. If an officer is trying to identify a witness to a crime, then an individual is required to provide their name, date of birth, and address, but in the United States, they are not required to provide proof of government-issued identification; proof of a driver’s license is only required when someone is operating a motor vehicle.

Another type of police encounter is a detention, which most frequently occurs after a traffic stop. A detention situation arises when officers detain someone in order to investigate them or investigate something else, and must be supported by reasonable suspicion. In other words, the officer must have reasonable suspicion that the person has committed or is committing a crime. In traffic stop situations, officers must have evidence that the person has actually committed the crime because stopping the person is not going to lead to more evidence of whether or not they committed a traffic violation.

A detention situation may arise when an officer approaches someone who is sitting in their lawfully parked vehicle in a business or department store parking lot. Under such circumstances, an officer might knock on the window or motion for the person to roll down their window. This type of situation is a detention and therefore must be supported by reasonable suspicion. Any time a person is involved in a situation like this, they should obey the officer’s commands and identify themselves. According to the Fifth Amendment, however, they do not have to answer any questions whatsoever.

Quite often, officers don’t have reasonable suspicion and the law is clear that just a hunch is not enough. If an officer has not developed reasonable suspicion for a detention, or probable cause for an arrest, then any arrest would actually be illegal and any evidence obtained as a result of that arrest would be what’s called “fruit of the poisonous tree.” In other words, that evidence would be considered to have been illegally obtained and would not be able to be used against the person. There is a specific statute in Texas called the Exclusionary Rule under the Code of Criminal Procedure, Article 38.23. This statute states that any evidence obtained as a result of illegal activity by the police is not admissible in court and cannot be used against a person.

For more information on Common Types of Police Encounters In Texas, an initial consultation is your best step. Get the information and legal answers you are seeking by calling (682) 204-4066 today.