What Are DWI ‘No Refusal” Periods in Texas?

Police in Texas organize periodic crackdowns on drunk drivers over what’s termed “no refusal periods.” These are often staged around holidays or other big events.

During the Poteet Strawberry Festival from April 7-9, in Atascosa County, a no-refusal period was imposed.

Agencies in the county worked with the Texas Department of Public Safety to impose a DWI ‘no refusal’ period during the festival. 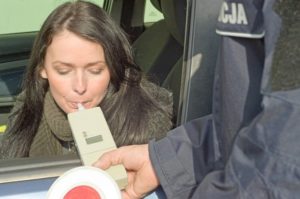 Blood tests are expedited in DWI ‘no refusal’ periods

During the no refusal period, mandatory blood draws were carried out on any drivers arrested on suspicion of DWI. Drivers who refused were subjected to a warrant for a blood draw. The event swelled the population of Poteet from about 3,000 to 30,000.

Some Texas cities implement no refusal periods over holidays like New Year, Thanksgiving and July 4 when people are more likely to be consuming alcohol.

For instance, police in the Texas state capital of Austin mounted a 17-day no refusal period over the holidays at the end of 2016, reported TWC News.

A no refusal period was put in place from 9 p.m. until 5 a.m. over Christmas and New Year period. TWC News reported it led to the arrest of 230 people for DWIs.

Of the drivers who were arrested, 39 had previous convictions and three had children in the car when they were stopped by police.

When no refusal periods are in place, police departments use an expedited process to obtain blood search warrants to test drivers who refuse a breathalyzer test.

No refusal periods raise a concern about whether police are properly following procedures. They are often inundated with arrests.

You should make sure an officer obtains a warrant before you consent to a blood test.

If you have refused a blood test and a police officer is unable to establish probable cause, the magistrate may not grant a warrant. Blood cannot be forcibly drawn.

If you have been charged with a DWI, please contact our Fort Worth drunk driving defense attorney as soon as possible here.