Many U.S. states have HIV infection crimes. However, Texas is not one of them. The issue was recently aired in the media in the case of a woman from Fort Worth who was infected with HIV.

The news channel WFAA reported how the woman’s life fell apart when she was told she was HIV positive.

The woman said she believes she was knowingly infected and the man who did it also infected two other women. There was nothing she could do. 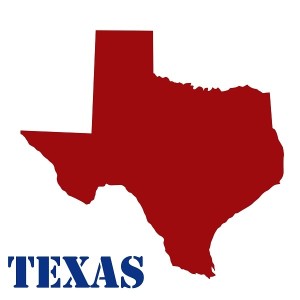 While 35 states have criminal laws against knowingly infecting someone with HIV, Texas is not one of them. The infections can be caused by sharing a needle or sexual contact.

The victim said she is on a mission to change the law regarding infection in Texas. She said her life became a “game of survival” after she was infected with HIV in the 1990s and she has to take numerous pills every day.

Another woman from Fort Worth told police she had been infected by the same man, the TV report stated.

However, when she made a report to Fort Worth police she said officers had no interest in taking her complaint.

The report said some prosecutors have found creative ways to circumvent Texas’ lack of a specific HIV predator law.

In 2009, prosecutors in Collin County prosecuted Philippe Padieu. They said he infected at least 10 women with the HIV virus.

He was subsequently convicted of aggravated assault with a deadly weapon and sentenced to 45 years in prison.

An article in NOLO lists the states where it is a crime to infect someone with HIV or other sexually transmitted diseases.

In these states, you can usually only be convicted of the criminal transmission of an STD if you caused infection to another person intentionally, recklessly or knowingly.

If you were diagnosed with an STD and later took part in unprotected sex without telling someone, you can be charged if they end up infected. However, if you have not have a positive test and are not aware of your condition, you are unlikely to be convicted even if you are promiscuous.

Although Texas does not have this kind of law, prosecutors may use other means to bring charges against you.

If you have been charged with a crime such as an assault in Texas, you should hire a veteran criminal defense attorney as soon as possible. Call the Medlin Law Firm at (682) 204-4066.