When motorists are pulled over for a suspected DWI, they may not always realize their rights or pick up on instances when police officers are making a mistake or following improper procedures. However, police officer DWI mistakes occur more often than people realize.

1 Stopping a Suspect Without Sufficient Cause

If you are driving dangerously, speeding, veering across the road, driving the wrong way, running a red light or committing another traffic infraction this can constitute reasonable grounds. An officer cannot conduct random stops.

When a police officer writes up his or her report the reason for the stop must be listed be it speeding, failure to stop at a stop sign or another traffic violation. 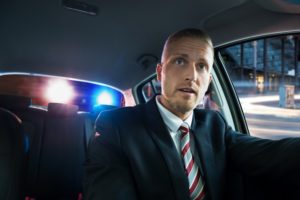 Field sobriety tests are fraught with inconsistencies and dangers which is why it’s advisable to decline these tests. There are three that are standardized by the National Highway Traffic Safety Administration (NHTSA). They are

These tests are intended to demonstrate that a driver’s coordination or his or her ability to follow instructions has been impaired by the consumption of alcohol. Often these tests are incorrectly administered.

The Horizontal Gaze Nystagmus test involves a police officer holding up an object like a finger or a pencil in front of your face and asking you to track it while he looks at your eye movements. The officer is seeking evidence of involuntary jerking of the eyes called nystagmus which is associated with intoxication.

The test is frequently improperly administered. Police officers often fail to take into consideration the natural nystagmus that occurs in people who are not impaired.

These tests are often not reliable indicators of intoxication. Police fail to take into account factors like windy conditions, a slippery or uneven surface and other medical conditions.

Many motorists believe the breath test they are given is a reliable procedure. In fact, there are many ways a test can be incorrect and officer error can exacerbate the problems.

The machine translates the light absorption into a BAC value. If the concentration is .08 or greater, the officer can arrest you for DWI.

These tests may be inaccurate because an officer has not been properly trained on how to use it. The device may not have been correctly calibrated or it just may be defective

It’s well known that these machines have a rate of error of .02 allowable between two breath specimens. Other substances in your body that are non-alcohol or a burp can skew the reading. In some cases, another user may have contaminated the equipment.

These are three major errors police officers often make but there are many others. If you have been arrested for a DWI in the Fort Worth area or elsewhere, please contact our experienced Texas DWI attorneys today.