The worst mass shooting in U.S. history in Las Vegas in 2017 prompted calls for a bump stock ban, with Texas Republicans leading the charge.

A report on KHOU noted Texas Republicans in Congress – Sen. John Cornyn and Rep. Bill Flores – expressed an interest in exploring a ban on bump stocks, an attachment used the gunman in the Las Vegas mass shooting to make rifles fire faster.

In the days after the massacre in Vegas in October pressure mounted for the banning of bump stocks which can be bought legally. 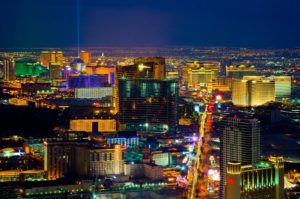 KHOU reported Flores, R-Bryan, backed a federal ban on “bump stocks.” He said in an interview with The Hill:

“Based on the videos I heard and saw, and now that I’ve studied up on what a bump stock is — I didn’t know there was such a thing — there’s no reason for it.”

Cornyn stopped short of backing a full ban. However, he said in a call with reporters that the devices’ role in the shooting should be looked into.  Cornyn spoke with U.S. Sen. Chuck Grassley of Iowa, chairman of the Senate Judiciary Committee, about holding a hearing on bump stocks devices as well as any other aspect of the crime that should be examined from a federal point of view.

Notwithstanding the comments of the Texas politicians and others, there was little evidence of action on bump stocks or any other device a month after the shootings, reported CNN.

The news station noted no progress on any gun control measure in Congress. This is consistent with most other massacres.

“We think the regulatory fix is the smartest, quickest fix.”

CNN reported that nine Republican senators sent a letter to the Bureau of Alcohol, Tobacco, Firearms, and Explosives asking for a review of its policy on bump fire stock. The call was supported by the National Rifle Association (NRA).

Although the latter pressed for a quick ban, no changes had been announced a month after the request.

Additionally, to previous legislation, a bipartisan group of four House members, two from each major party, unveiled legislation to regulate but not ban the sale of bump stocks. The “Closing the Bump Stock Loophole” act would require people in possession of or purchasing bump stock devices to undergo rigorous background checks and fingerprinting.

Despite the concern about bump stocks, there is little likelihood about them being outlawed any time soon. Texas has some of the most liberal gun laws in the country. However, there are certain restrictions in areas such as being intoxicated and carrying a gun.

At the Medlin Law Firm, we help people charged with firearms offenses. Contact us today for a consultation about your case.