DWI drivers who kill people can end up serving long periods behind bars. However, in one recent case, a Texas driver who ended the life of a young woman was jailed for just 120 days.

As well as incarceration, Travis Elwell will spend 10 years on probation and will have to return to jail every year on the anniversary of his victim’s death.

A report on CBS stated Elwell hit Emily Javadi with his BMW as she picked up her car after finishing her workout in Cole Park in Uptown Dallas in February 2015. The force of the impact sent the talented 34-year-old violinist into a metal pole. She was taken to a local hospital where she was pronounced dead. 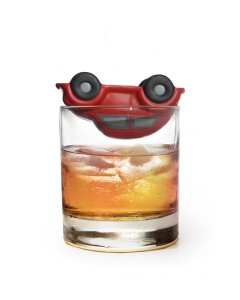 DWI driver caused the death of a woman

Elwell, 23, was found to have a blood-alcohol level of 0.175 after the crash, more than twice the legal limit, The Dallas Morning News reported. Police said he was also speeding. Elwell was charged with intoxication manslaughter

He was also speeding when he crashed into Javadi’s car, authorities said.

Elwell was convicted of intoxicated manslaughter and sentenced to 120 days in jail. After completing his sentence, he will be placed on probation for 10 years. In that decade, he will not be allowed to drink. He must use a breathalyzer to start his vehicle and take five and six breathalyzer tests per day, according to media reports.

Further restrictions were placed on Elwell by the court. He is required to attend Alcoholics Anonymous meetings. He will speak at support groups for people charged with drunk driving offenses.

Another unusual term was placed on Elwell’s sentence. On the anniversary of Javadi’s death every year, he will be required to spend a week in jail.

Javadi’s mother, Karen, told a local newspaper she was satisfied with Elwell’s sentence. She said the additional stipulations such as returning to jail on the anniversary of her daughter’s death prevented her punishment from becoming too lenient. She said.

“I hope he turns his life around and becomes a better person.”

Emily Javardi graduated from the University of North Texas in 2003. She was working as a supply chain analyst at the Baylor Health Care System. Her legacy is being kept alive through the creation of the Emily Javardi Foundation.

A series of Texas organizations have already benefitted including Healthy Zone; the University of North Texas; Open Classical, Junior Players, and I Once Was Lost Animal Advocacy.

The Penalties for Intoxication Manslaughter in Texas