Fake car license plates are a massive problem in northern Texas. The issue relates to forged paper license plates which are used to shield drivers from the law as well as to fund crime, police claim.

Despite the scale of the problem, budget cuts are forcing the closure of the task force aimed at catching these criminals.

The name is misleading. The task force comprised four traffic enforcement deputies and 10 detectives. The task force told CBS as many as 90 percent of the paper plates on the roads are fake.

These plates are primarily used to hide either a vehicle or the driver from the law. Deputy Jerry Cox said the problem is endemic across North Texas. 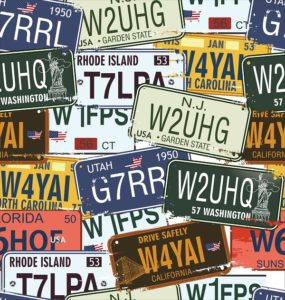 When the State of Texas stopped requiring two stickers on vehicles, paper plate fraud exploded. One detective told CBS the amount of crime tripled since the state moved to just one sticker.

Deputies said they found a printer in his back seat. He had been making fake tags and distributing them.  The driver was hit with two felony charges of tampering with a government document.

Despite the widespread nature of the crime, the task force is being shut down due to its funding being cut off. For many years clean air task forces across the state were funded via a grant by the Texas Commission on Environmental Quality.

Dallas County provided 20 percent. The county funded its share by adding a $6 fee to its vehicle inspections. The money also went into the Low Income Repair Assistance Program, better known as Cash for Clunkers, reported CBS.

However, over the summer, Texas Governor Greg Abbott vetoed funding to the state’s clean air programs. When the cash dried up, Dallas County commissioners compounded the problems by voting to stop sending that $6 fee to Austin.

Offenses such as money laundering and other white collar crimes are often linked to organized criminals in Texas.