Indecent exposure is considered a sexual offense in Texas, even when there is no contact between a perpetrator and a victim. Recently, police in Dallas County arrested a local doctor who is accused of being a serial flasher.

The news channel WFAA reported 38-year-old Dr. Reginald Newsome is linked to a series of incidents in the Deep Ellum area that have been reported on social media.

Police have arrested a doctor and believe he’s the serial flasher many residents have been reporting about on social media.

Newsome posted bond. He was released from the Dallas County jail in August. The TV station reported he is a spine doctor in Dallas.

The issue of the serial flasher was raised earlier in the summer when Deep Ellum residents came together to sort out problems in the neighborhood. 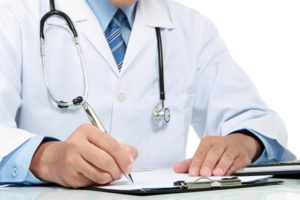 Residents reported a man was seen on a number of occasions unbuttoning his pants and flashing at women.

On social media, residents posted pictures of the alleged suspect and his vehicle, while using detective work to blog about the issue. They turned all of their evidence over to Dallas PD.

Police have not released further details of Newsome’s arrest, according to the report.

Texas’ indecent exposure statute is defined under the Penal Code.

The code defines the offense as when a defendant exposes his anus or any part of his genitals with the intent to arouse or gratify the sexual desire of any other person, and is reckless about whether another is present who will be alarmed or offended by the exposure. Indecent exposure is a Class B misdemeanor.

The charge typically faces a penalty of up to 180 days in a county jail and a fine of not more than $2,000.

If the crime entails any element of unwanted touching like groping or attempted rape, the much more serious crime of sexual assault will likely have occurred.

If you have been charged with indecent exposure or another sexual offense, please call our Fort Worth criminal defense lawyer today.