President Donald Trump has honed in on law and order in his executive orders which could make crimes against police officers even more serious. However, critics say these initiatives are short on substance.

In February, he issued demands that federal agencies set up more task forces to tackle crime. He called for greater action to counter violence against police and international drug cartels.

While these White House executive orders backed up the “tough on crime” policies Trump outlined during his successful election campaign, they are yet to be fleshed out. 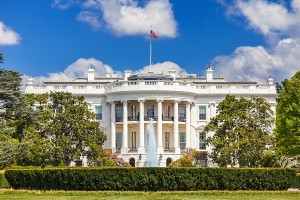 A recent article in Vox set out some of the things the orders would do, namely:

The attorney general would be tasked with developing a strategy to prosecute those who commit violent crimes against law enforcement officers.

The proposed task force would work to reduce violent crime, focusing on illegal immigration, violent crime and drug trafficking. Trump said he expects an annual report with findings and recommendations.

The existing Threat Mitigation Working Group which works across agencies would have a broad remit to review federal policies to detect and prosecute international drug cartels. The secretary of state, secretary of homeland security, attorney general, and director of national intelligence to co-chair would be directed to target drug trafficking that crosses borders.

It’s clear that Trump wants to make law and order a major initiative under his presidency. However, many commentators have questioned his claims that crime is out of control.

Trump said the murder rate is at a 47 year high. This was disputed by Politifact which stated rises in homicides in 2015 and 2016 are not significant enough to push the rate of violent crime back to that seen in the late 1980s and early 1990s.

Homicides rose in 2015 and preliminary statistics for 2016 point to a 5.2 percent rise year on year.

However, the murder rate is nowhere near the “peak levels of the 1990s,” stated Politifact.

Trump’s executive orders on law and order are short on details. Texas is already tough on crime, but we are likely to see zero tolerance on violence toward police officers and drug trafficking.

In February, a bill was filed by Representative Jason Villalba of Dallas that would make crimes of violence against all emergency responders a hate crime.

We see many instances in which DWI arrests and other police stops can escalate. In some cases, the response of police officers is disproportionate. In the future, people charged with threats or assaults to police officers may face even more serious consequences. If you have been arrested in the Fort Worth area contact an experienced Tarrant County criminal defense attorney today at (682) 204-4066.