Outlining the New Texting and Driving Ban in Texas

Texas was one of the last states in the country to make texting at the wheel a criminal offense. However, a new bill came into effect in September.

In June, Texas Gov. Greg Abbott on Tuesday signed a measure into law that bans texting while driving across the state, effective Sept. 1.

However, he told state lawmakers, as he asked them to return for a special session starting July 18, that he wants an amendment to ensure that no local law can override the statewide ban.

“We don’t need a patchwork quilt of regulations that dictate driving practices in Texas.”

The legislation makes it an offense for drivers to text while their car is moving. Texting includes social media postings and sending emails from smart phones but calls are not covered by the ban. 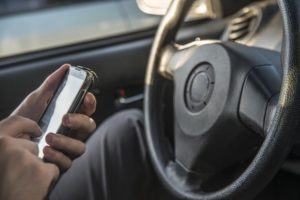 Texas has a new texting a driving ban

Violators may be charged with a misdemeanor charge and a fine of between $25 to $99. However, penalties could be as much as $200 for repeat offenders.

If you are texting and cause the death or serious bodily harm of another, you can be charged with a Class A misdemeanor punishable with a fine of up to $4,000 and a jail term of up to a year.

The Star-Telegram reported texting and driving causes numerous wrecks on the roads of Texas.

James Bass, executive director of the Texas Department of Transportation, said 455 people were killed and nearly 3,000 were injured in the state last year due to distracted drivers. Young drivers are particularly susceptible to distractions.

Texting and drugs were highlighted as likely causes of a fatal church bus crash near Garner State Park earlier this year. A pickup truck driver caused a crash that led to his death and that of 12 passengers in the church bus.

An official report found the truck was approaching the end of the curve to the right when it crossed into the opposing lane and crashed into the left front corner of the bus.

At the Medlin Law Firm, we help people charged with a wide variety of driving offenses in Texas including DWI/DUI offenses.

If you have been charged with an offense, please contact our Tarrant County criminal defense counsel for assistance today.