Aggravated crimes are treated more seriously than other crimes and carry higher sentences on conviction in Texas.

To be charged with an aggravated crime, a defendant must have committed an act that rendered the offense more dangerous.

For example, if you break into a house, you would likely to be charged with burglary. However, if you were brandishing a loaded gun or a knife, the offense would likely be upped to aggravated burglary. 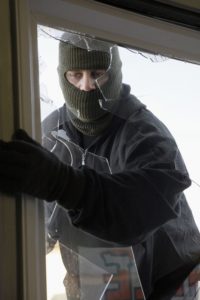 Circumstances in Which Offenses Can Become Aggravated Crimes in Texas

Some of the guidelines that investigators and prosecutors use when considering if a crime is aggravated in Texas include:

The Possession or Use of a Weapon

The use of a weapon is one of the most common ways an offense in Texas can be upgraded to aggravated. A simple robbery at a store or a gas station, for example, is likely to be upgraded if a weapon is used.

Injury to the Victim

The Nature of the Victim

Crimes against people in certain professions such as cops, emergency workers, judges, the disabled or other public officials are often upgraded to aggravated crimes. Texas also has a new law that means an attack on a police officer or a judge may become a hate crime.

The Penalties for Aggravated Crimes in Texas

The penalty for an aggravated crime like an aggravated assault if it’s charged as a second-degree felony is 2 to 20 years in a Texas prison and/or a fine of up to $10,000.

Aggravated assault may become a first-degree felony carrying a prison term of 5 years to life, in certain cases such as domestic violence or attacks on police officers, public officials or witnesses to a crime.

Aggravated crimes are very serious in Texas. If you have been charged with a crime of this nature, please contact our Tarrant County criminal defense lawyer.