New Study Finds Immigrant Crime is No Higher than Other Crime

Immigrant crime has been an enduring theme of the presidential election. Republican nominee Donald Trump attempted to pin offenses on immigrants and to link them to increased levels of crime.

However, recent studies suggest arrivals from other counties commit fewer crimes than people who already live in the United States. An article in the Los Angeles Times asked why the myth about immigrant crime continues to endure. 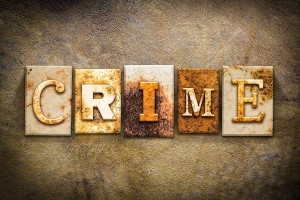 The findings related to foreign-born people and crime are consistent across studies. Research by criminologists, sociologists and economists alike reveals neighborhoods with higher numbers of immigrants have less crime.

There is a caveat. Immigrants have a greater incentive not to report crimes due to fear of deportation. They may also not understand the U.S. criminal justice system and realize when laws have been broken.

The LA Times article suggests this is not as big an issue as some commentators have suggested. The recent research found little evidence to support the idea that immigrants are particularly likely to hide behavior. The study found over a seven-year period, immigrants accurately self-reported their arrests 87 percent of the time. This compares with an 86 percent figure for people born in the United States.

An article in Time magazine suggested immigrants can reduce crime rates in rundown areas by bringing in an infusion of capital.

Abandoned and empty buildings are revitalized and life is brought back to some of these areas. The influx also helps cities pay for services like law enforcement.

The city of Buffalo in New York was cited as an example. Time spoke to Denise Beehag of the International Institute of Buffalo who highlighted how crime fell dramatically in western parts of the city after an influx of immigrants from Bangladesh. Crime fell by about 70 percent.

The Time article also noted how immigrants often provide important testimony against criminals. It notes there were 76,000 U visas issued in the six years to 2016 to foreign witnesses to who cooperated with law enforcement investigations. A further 120,000 applications were made but they were delayed due to congressional caps on visas.

When immigrants are charged with crimes they can face some problems unique to people from other countries and can have their rights violated without their knowledge. If you have been charged with a crime call our Fort Worth criminal defense law firm at (682) 204-4066.