A spike in hate crimes against immigrants was recorded in the days after last year’s presidential election. Recent statistics suggest the trend continued until 2017.

The surge in hate crimes was detailed in an article in ThinkProgress which tracked the incidents since Nov. 9.

The article noted 261 incidents from the election until February. Of those incidents, 109 or 42 percent are reported to have included specific references to President Trump.

The article in ThinkProgress said the statistics were lower than the 867 hate crimes noted by the  Southern Poverty Law Center. 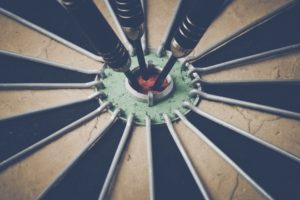 Texas featured in the report with 25 alleged hate crimes. Many of these were directed against immigrants. The other locations to note high numbers of hate crimes were:

The report also found that more than a quarter of all of the incidents reported targeted Jewish people, while African Americans were targeted in 22.9 percent of incidents. The lesbian and gay community accounted for almost 14 percent of hate crimes and Muslims represented 11.8 percent. Hispanics were targeted in just over 10 percent of cases.

Although Muslims were only targeted in 11.8 percent of hate crime offenses, Muslims are significantly the smallest population of all the groups listed in the report.

In Texas, we have seen attacks on mosques that may have been hate crimes. The New York Times reported a fire at a mosque in Victoria in January was an arson, although it has not been confirmed as a hate crime.

It was the second instance of a mosque being burned to the ground in the space of a month. The partially-constructed Islamic Center of Lake Travis was also burned down.

Texas has a large immigrant population. Undocumented immigrants have borne the brunt of raids by the immigration authorities in recent months.

They have also been the target of hate crimes. Texas has a hate crime statute but it is underutilized.

Harris County brought hate crimes charges in just six cases under the Texas hate crimes act since the act became law in 2001. Often these charges are subject to plea deals.

If you have been charged with a hate crime, it will be reduced in many cases. Call the Medlin Law Firm as soon as possible for help.