What Are Motions in Criminal Cases?

During court proceedings, both sides can make requests to the judge. These are known as motions in criminal cases.  Motions can be made in a written format or orally.

Motions include such requests to dismiss certain charges, to set a different date for a trial and even to dismiss a case completely.

On the courtroom TV dramas, we often see each side submitting repeated motions to the judge during the trial.

However, motions can be made before a trial, during the hearing, or even after a trial. The initial stage of a motion involves giving notice to the opposing party of the intent to file a motion. Attorneys should not randomly file motions. There should be legal precedent and reasoning put forward before a motion can be filed. 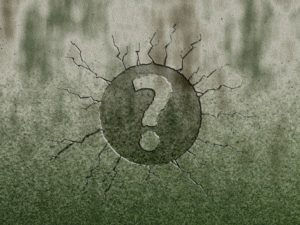 Motions in criminal cases are important

After the filing of a motion, there will be a hearing giving each side the opportunity to make arguments for and against it.

Both sides can make arguments for or against the motion. Sometimes the attorneys will reach an agreement about certain facts and issues. This is called a stipulation. Courts favor stipulations because they speed up the issue but they typically need to be approved by a judge.

Defendants are not given complete control over motions, especially those made during a trial.

Motions made before a criminal trial may include:

Numerous motions may be made during the course of a trial. They include:

If these motions are to be approved, they must be supported by evidence from the defense. An experienced criminal defense lawyer will be familiar with how to file a successful motion.

If a jury returns a not guilty verdict, the prosecution cannot file a motion to retry the case under any circumstances.

If the jury finds a defendant guilty, the defense can file a wide number of post-trial motions. A motion to overturn the jury verdict may be filed, although this is rarely successful.

The defense may seek a re-trial or make a motion to the judge to appeal the case to a higher court.

Motions are a very important part of the criminal justice process. If you have been charged with a crime in Tarrant County call us today for a free consultation about your case.