Man Faces Animal Cruelty Charges over the Dumping of a Puppy

If you mistreat a pet in Texas you can face animal cruelty charges. That extends to neglect and the dumping of animals.

Recently in Dallas, a man was arrested after new cameras purchased to tackle illegal dumping picked up a man who was allegedly dumping a puppy at a notorious site in the city.

The news channel NBC4 reported the Dallas Marshall’s Office joined forces with the SPCA of Texas to install security cameras at known dumping sites across the city.

Investigators reported one of those new cameras allegedly captured 62-year-old Gorge Spears abandoning a 1-year-old mixed breed dog. The dumping site, close to Teagarden and Dowdy Ferry roads, is one of Dallas’ most notorious dumping locations the Dallas Morning News reported. Dogs, waste and even human bodies have been left at the site. 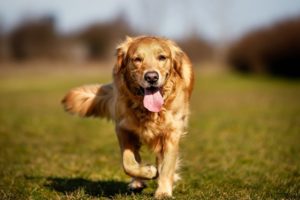 The TV report said the man purportedly pulled over to the side of the highway. He was seen getting out of his car and coaxing out the dog. He then got in the vehicle and drove away.

The SPCA of Texas said Spears had later admitted to dumping the dog. He told investigators he was trying to help his sister by getting rid of the dog she was unable to control the dog.

Spears was booked on a Class A misdemeanor charge of cruelty to animals. The dog was adopted a few days after the incident.

The SPCA of Texas said the incident marked the first time the cameras captured an alleged instance of animal cruelty that led to an arrest.

In early 2017, for instance, a man was charged with stabbing a dog to death behind a business in Irving in Texas.

A report on a CBS news channel, noted that Joseph Ray Schell, 60 was hit with a charge of Cruelty to Nonlivestock Animals in March. The report said the alleged offense took place on Feb. 26.

In Texas, animal cruelty offenses were charged as misdemeanors before the state legislature enacted “Loco’s Law” in 2001. The law carried the name of a puppy whose eyes were intentionally gouged out.

If you or a family member has been charged with an animal cruelty offense, you should call our Tarrant County criminal defense lawyers today.