For decades, malls have been the places to go for a range of shopping in one place. However, in recent years some malls in Texas have gained a new and sinister reputation as places of violence as mall murders spike.

In January, an incident at a mall in San Antonio made national headlines. During a jewelry store robbery, a Good Samaritan, who was identified as Jonathan Murphy, 42, was killed and four others were injured.

The incident occurred at Rolling Oaks Mall. Police said one of the gunmen was wounded by another bystander, but a second gunman escaped, reported USA Today.

Malls in the Dallas area have also seen a series of fatal incidents in recent months. 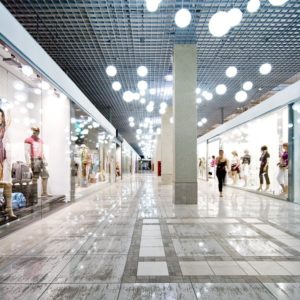 Mall murders are on the rise in Texas

In May, homicide detectives in Dallas found a man who had been fatally wounded in his car at a Far East Dallas shopping center.

It was the fifth fatal shooting in an, especially bloody week in Dallas and one of four on that day alone.

Also in May, police said a woman was killed after being shot several times in the parking lot of the Ridgmar Mall in Fort Worth. The man who killed her then committed suicide, reported WFAA.

The victim was sitting in her car outside Ridgmar Mall in the evening when a suspect approached her and began shooting. She called 911 herself, and the gunman fled the scene.

The victim was transported by ambulance to Texas Health Harris Methodist Hospital where she died of her injuries.

Malls across the country are seeing a spike in shootings. In April, two people were shot dead at the Equinox Fitness Club at the upscale Shops at Merrick Park mall in Coral Gables in Florida. The shootings followed an argument between a former employee and a general manager.

An employee who was fired later returned with a handgun, killing two people and critically wounding another person.

Shooting deaths in Texas are classified as capital murders or murders. To be guilty of capital murder, which may carry the death penalty, a perpetrator must:

You can find out more about murder here. If you are facing this very serious charge, do not hesitate to hire an experienced criminal defense lawyer.