Texas has one of the highest rates of drunk driving arrests and accidents in the country. As part of a program to fight drunk driving, the ride-hailing service Lyft and Budweiser have again teaming up.

The Houston Chronicle reported Budweiser offered free round trips on Lyft in nine states including Texas. The beer company announced it was offering 150,000 round-trips until the end of the year. Of these, 10,000 will be available weekends.

To take advantage of free rides, drinkers should check out Budweiser’s Facebook or Instagram page. Budweiser teamed up with Lyft last year for a similar pilot program where it delivered 35,000 free trips.

Many parts of Texas suffer from high levels of drunk driving. The Chronicle reported in 2015, Harris County reported 149 deaths from impaired drivers with a blood/alcohol level of at least .08. 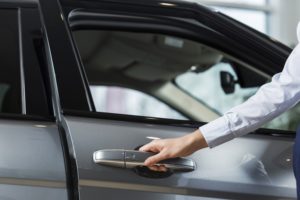 Lyft and Budweiser team up to fight drunk driving

It’s one of the deadliest counties in Texas for drunk drivers. Based on statistics from the National Highway Traffic Safety Administration, Harris County had a drunk driving related fatality rate of 3.28 for every 100,000 people.

However, Harris County contained about 4.5 million people in 2015. The 149 deaths represent a small proportion of the population.

The highest percentage of drunk driving accidents was in Loving County in West Texas. However, there was only one recorded drunk-driving death for 2015. But with a population of 112 people, the death impacted the county’s population far more than almost 150 deaths in Houston.

In Texas, a DWI is defined as driving with a blood/alcohol concentration of 0.08 or greater. The sample may be taken from breath, blood or urine, or the driver may lack the normal use of mental or physical faculties by reason of alcohol or controlled substances, whether prescribed or illicit drugs. Drunk driving offenses carry heavy penalties, particularly when they result in injuries or a loss of life. In many circumstances, you may be facing a long prison sentence.

If you have been charged with a DWI in Texas, call our experienced Fort Worth drunk driving lawyer today.