Texas finally got an exoneration commission in 2015. It was named after Timothy Cole, a Texas Tech student who died in jail 15 years into a sentence for a rape he didn’t commit.

The commission worked until Dec. 1, 2016, when it was dissolved, according to its website.

Much of the credit for the commission went to former State Rep. Ruth Jones McClendon, reported HoustonPress. It took a long battle to set up the commission that looks at why innocent Texans are wrongly convicted and jailed.

The Timothy Cole Exoneration Review Commission was named after a young man who was wrongly convicted of rape in 1985. 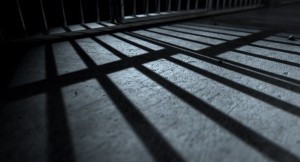 On March 24, 1985, a 24-year-old student at Texas Tech, parked her car in a church parking lot in Lubbock, Texas. She was approached by an African-American man who asked her to help him start his car with jumper cables. She told him she didn’t have cables, but the man unlocked her door, threatened her with a knife and forced her to lie down.

She was forced to drive to a field and raped by the man who left on foot with $2 in cash, a ring and a watch that he stole from the victim.

The victim was white. She described her attacker as an African-American man wearing a yellow shirt and sandals. There were few other details. She told police the rapist smoked cigarettes throughout the attack.

The victim chose a picture of Timothy Cole from a series shown to her by police.  She also identified him in a physical lineup, the Innocence Project of Texas stated.

However, there was one worrying inconsistency. Not only was Cole never a smoker, but he took asthma medication for his condition.

His brother Cory Session would describe him as a “sacrificial lamb.” The Tech rapist attacked four more women on the Texas Tech campus in the 1980s.

Cole was a student at Texas Tech. He finished two years of college previously and returned to school after spending two years in the Army.

Cole was tried in Lubbock in 1986 for the rape. He was never charged with committing the other rapes. A forensic examiner said tests found sperm on the victim with evidence of a type A blood secretor. Both Cole and the victim had type A blood.

The tests were carried out without the benefit of more sophisticated DNA analysis that arrived later.

The jury sentenced Cole to 25 years in prison. A decade later, a Texas prisoner called Jerry Wayne Johnson confessed to the rape in Lubbock. He was serving a 99-year sentence for two sexual assaults that mirrored the circumstances behind Cole’s conviction.

Cole died in prison in 1999 without ever knowing about Johnson’s confession.

Attorneys at the Innocence Project of Texas sought DNA testing, and Lubbock prosecutors cooperated. The DNA testing conducted at the crime scene excluded Cole and implicated Johnson as the rapist.

A Texas judge officially exonerated Cole during an unprecedented posthumous hearing on April 7. 2009. He was pardoned by former Texas Gov. Rick Perry on March 1, 2010.

The sad case of Timothy Cole highlights how eyewitness evidence from a victim can be unreliable. In this case, an alibi that Cole was at home and evidence that he did not smoke, were disregarded.

If you have been charged with a serious offense like a sexual assault, it’s vital that you obtain experienced legal representation as soon as possible. We provide aggressive defense in Fort Worth for assault charges.