How Does the Three Strikes Law Work in Texas?

California’s infamous three strikes law made headlines in the past. Fewer people know that Texas has similar criminal legislation.

Three strikes laws are meant to incarcerate repeat offenders for long periods of time if they have been convicted of a third offense.

The analogy is with a baseball game. Like a player, a defendant is given three strikes, and on the third the prison sentence for the crime will be dramatically increased. In Texas, a third strike means 25 years to life in jail. 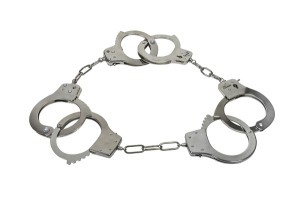 Texas has a three strikes law

Obviously, the three strikes law means it is vital to hire experienced legal representation if you are in this predicament. You may not have killed anybody but you could face the sort of sentence a convicted killer will receive.

The high-profile three strikes law in California became controversial because offenders such as shoplifters, drug users and other petty offenders were caught up in a law that was intended to punish violent offenders.

The law came before the U.S. Supreme Court in the case of Lockyer v. Andrade. The defendant had committed three theft crimes. He received two consecutive terms of 25 years to life.

Although the court rejected the defense argument, voters in California later amended the three strikes law to say it’s only applicable if a third felony of a violent nature has been committed.

Texas has what many people see as a three strikes law although it’s more in line with the amended law in California than the original one.

If a defendant is convicted of a felony and they have two previous felony convictions, their punishment can be a minimum of 25 years in prison up to 99 years or life.

Relevant Serious or Violent Felonies Include

It remains to be seen if this get-tough measure works. Research by the University of California, Riverside criminologist Robert Nash Parker suggested a measure that has been in place since 1994 in California had done nothing to reduce crime rates.If you are facing a third conviction for a serious or a violent felony, it’s important that you contact an experienced Fort Worth criminal defense lawyer as soon as possible.