A recent appeal for clemency by a man who was sentenced to death in Texas, despite not being at a murder scene, highlights how an accomplice can receive the ultimate penalty in the Lone Star State.

Jeff Wood sits on death row for a crime committed by someone else. He recently won a stay of execution from the Texas Court of Criminal Appeals just days before he was due to be executed in August, reported CNN.

Wood was sitting in a getaway car when a friend killed a gas station clerk during a robbery. Wood was aware of the robbery but claimed he did not know the clerk would be killed. Wood was sentenced to death on March 3, 1996, after being found guilty under the state’s so-called Law of Parties. 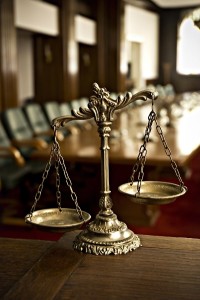 The case of Jeffrey Wood highlights the harsh law in Texas in which an accomplice can receive the same sentence as a principal.

Under the Texas penal code  a person is “criminally responsible for a crime committed by the conduct of another” if he or she acts “with intent to promote or assist the commission of the offence, he solicits, encourages, directs, aids or attempts to aid the other person to commit the offence.”

The law means the accomplice may believe the principal is committing a far less serious crime than the one that’s ultimately committed but still be convicted of the principal’s crime.

The House Research Organization of the Texas House of Representatives looked at the Law of Parties in 2008.

The controversial law was in the news headlines a year earlier when the case of Kenneth Foster led to a life in prison sentenced being commuted by then governor Rick Perry.

There are similarities with the case of Jeff Wood whose case also fell under the felony murder rue. Foster was driving the car used in a series of robberies committed by Mauriceo Brown. The robberies resulted in the shooting death of Michael LaHood, Jr. Foster was tried at the same time as Brown but prosecutors acknowledged he stayed in the car, 80 feet away from the murder scene. The accomplice also ended up on death row.

The Houston Chronicle article stated only 10 people in the U.S. have been executed under the law of parties and half of those were in Texas. The last case was in 2009. The Texas Board of Pardons and Paroles (BPP) recommended that Robert Thompson’s executed be commuted to life. Perry rejected that the board’s vote and allowed the execution to proceed.

The law of parties can be a harsh rule. Although some accomplices play a major part in a crime, others may be unaware of the actual offense that is going to be committed. If you have been charged as an accomplice, contact our experienced Fort Worth criminal defense lawyer today at (682) 204-4066.