In recent years, we have seen many instances in which routine police arrests have spiraled out of control and ended in violence and even the deaths of suspects.

Chief Art Acevedo recently took over Houston Police Department. Earlier this year, he said the Texas Legislature should boost funding for mental health for police officers.  Acevedo, the former police chief of Austin, admitted it would be hard to make the issue a priority in a tight financial climate. 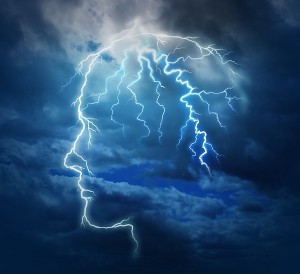 Mental healthcare for officers is questioned by Houston police chief

“It’s something that I’m starting the conversation for. Doing this is not about being punitive. It’s about saving careers, saving marriages and saving lives. It’s the right thing to do.”

The Houston police chief said officers get screened for mental health issues and disorders before they are hired, but are never tested again outside a fitness-for-duty process.

The challenges facing mental health services in Texas were outlined before the legislative session in January in a Texas Tribune article.

One week before the 2017 legislative session, the Texas House Select Committee on Mental Health members warned that mental health is one of the most “critical areas of concern” facing the Texas.

In its report, the committee said the state appropriated $6.7 billion toward mental health and behavioral services for the state’s residents in 2016-17. Half of those funds were allocated to Medicaid. Although funding for mental health rose in the past two legislative sessions, the committee warned funds from all sources were limited.

Texas, like many other states, has seen a string of protests over police overreaction in recent years, although claims about the mental health of police officers have not featured in the incidents. They include.

Police officers do a stressful job. They work long and difficult hours. Over the last few years, they have come under greater scrutiny, increasing the pressure on law enforcement. There are certainly concerns that mental health issues are not being adequately addressed in the profession.

If you have been stopped for a DWI or another crime, a police officer may not be acting rationally or within his or her rights. An experienced criminal defense lawyer from Fort Worth can investigate these matters and bring them before the courts.