Fort Worth Man is Sentenced to 15 Years for Sixth DWI

Multiple DWIs can land you behind bars for long periods of time. Recently, a man from Fort Worth was sentenced to 15 years in prison for his sixth DWI driving conviction.

A report in the Cleburn Times-Review noted William Paul West was pulled over by a Texas State Trooper. He crashed his car into a utility pole in southern Parker County off of U.S. Highway 377.

A judge in Parker County found the 52-year-old man from Fort Worth guilty of his sixth driving while intoxicated charge. The judge sentenced him to 15 years in prison.

West was arrested by a Texas State Trooper in August 2016 after the accident on U.S. Highway 377. The trooper, a Parker County Sheriff’s deputy who was the first responder on scene, and the man who called 911 to report the incident reported West was so drunk he was having difficulty walking.

West was initially given field sobriety tests at the roadside. He was unable to complete them, police said.

The trooper contacted District Judge Craig Towson. He was granted a search warrant to collect a sample of the driver’s blood. When it was tested, the blood indicated West’s alcohol concentration was 0.361, more than four times the legal limit in Texas of 0.08. 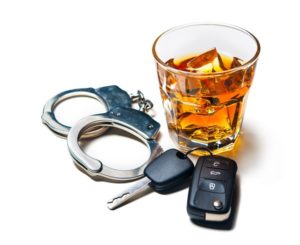 Having a high blood/alcohol content as well as multiple previous drunk driving convictions is likely to land you in prison for a long time.

“Not only did Mr. West have an extremely high alcohol concentration, he desperately did not want the judge or jury to have that information. The jury got to see video of him repeatedly telling the trooper he would fight him if they tried to take his blood, even with a search warrant. He knew the value that this information would have in proving his guilt.”

West reportedly told the state trooper he crashed was because his vehicle hit a patch of black ice, causing him to lose control.

Assistant District Attorney Jeff Swain who initially prosecuted the case derided West’s explanation as laughable given that he was driving in August.

“Coming up with that as his excuse for the wreck was a huge indicator that Mr. West was intoxicated.”

Placke said prosecutors wanted the jury to send a strong message to another drunk driver because the incident was West’s sixth DWI conviction. He has been jailed in the past for a DWI, and his alcohol concentration was extremely high.

In Texas, there are aggravating factors that will result in a defendant spending a considerable time in jail for driving drunk.

Some drunk driving offenses are felonies even for first-time offenders. If you have been accused of a DWI or a DUI, or Texas criminal defense lawyers can help you. Please call us today for a free consultation about your case.