Drug smuggling in a serious offense whatever the circumstances. Recently, a former Miss USA contestant was charged with smuggling drugs to an inmate in an Ohio prison.

Kia Hampton, 28, of Louisville, Kentucky was arrested in May. A report on Fox News noted a grand jury indicted Hampton on a third-degree felony charge of bringing drugs onto government facility grounds. The offense carries a maximum three-year prison sentence upon conviction.

Hampton was hit with a search warrant when she arrived at the prison May 26 for an inmate visit.

News reports noted Hampton was crowned Miss Kentucky USA in November 2010 at the age of 21. She was the first black woman chosen to represent Kentucky in the Miss USA pageant.

Officers from the Ohio State Highway Patrol listened to phone calls. They said they obtained sufficient evidence to obtain a warrant for a cavity search. 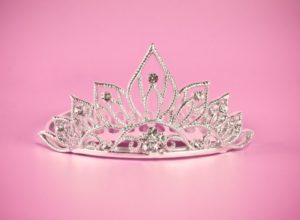 The Fox News report said while police questioned the former beauty queen she reached into the leg of her pants and pushed a white balloon onto the floor, the affidavit stated.

Drug smuggling is a serious offense in Texas. It’s more common for defendants to be charged with possession of marijuana, which can be a misdemeanor or a felony.

Whether the offense is charged as a misdemeanor or a felony depends on the amount of marijuana recovered. If it is more than four ounces, then it is a felony level.

Federal lawmakers enacted mandatory minimum sentencing guidelines for drug offenses more than 30 years ago 1986. They were targeting high-level distributors. However, this approach can impact lower-level drug defendants. Most states have adopted a similar approach to drug sentencing.

Some of these sentencing guidelines were relaxed during the Obama administration in a drive to keep more low-level drug offenders out of prison.

The move was a deliberate departure from the policy of President Barack Obama’s attorney general, to cut the number of people convicted of certain lower-level drug crimes being given lengthy jail terms.

Sessions described the move to enforce the law as “moral and just.” He said it produces consistency.

In Texas, a number of criminal justice reforms have helped cut the prison population.

If you have been charged with a drug offense, please call The Medlin Law Firm for a free consultation.