The City of Dallas has joined the fight against a state immigration law that criminalizes law enforcement officials who fail to comply with federal immigration requests.

In June, Dallas confirmed it is joining the campaign to stop the Texas immigration law, Senate Bill 4, from going into effect. Mayor Mike Rawlings said Dallas will work with a group of other Texas cities to challenge the measure in the courts, reported the Texas Tribune. 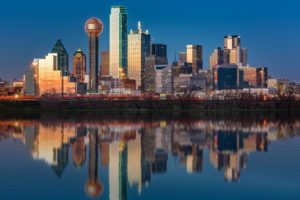 “The bill is unconstitutional and would infringe upon the city’s ability to protect public safety.”

The so-called “sanctuary cities” measure allows local law enforcement officers to question the immigration status of people who are legally detained or arrested. It was signed by Governor Greg Abbott and will go into effect in September.

In May the state asked a federal court to declare the law constitutional in a move seen as a pre-emptive strike.

In late June, a federal judge questioned the scope of the new law, but declined to issue an immediate ruling.

The law allows police officers to ask people they apprehend about their immigration status during routine stops. It is intended to target so-called “sanctuary cities.” These locations oppose many federal immigration laws and enforce added protections for undocumented immigrants. They have been in the firing line ever since the Trump administration came into power in January.

Sheriffs, police chiefs and others who fail to comply with Immigration and Customs Enforcement (ICE) detainer requests face a fine of up to $4,000 and up to a year in prison.

The new immigration law in Texas is disturbing because it may infringe on the rights of people during police stops and raises concerns that it will encourage police to take part in racial profiling.

If you believe you have been wrongly arrested in Fort Worth or elsewhere, please call our Tarrant County criminal defense lawyers today.