Dallas Cowboys players are no strangers to trouble with the law. Over the past few years, a series of players have been charged with crimes.

Over the summer Lucky Whitehead became the latest player to make headlines for all of the wrong reasons.

The 25-year-old player was arrested in Prince William County in Virginia on June 22 for allegedly shoplifting from a convenience store.

Whitehead was charged with shoplifting/petit larceny under $200. According to media reports, he was ordered to appear in court on July 6 but didn’t show up. A warrant was issued.

He was ordered to appear in court on July 6, but according to court records, he didn’t show up — so a warrant was issued for his arrest. He’s since been charged for failure to appear.

Whitehead was the third Cowboys player to be arrested during the offseason. 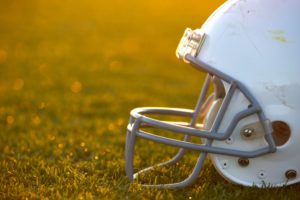 In May, Nolan Carroll, a Cowboys cornerback, was arrested by Dallas police for a DWI charge.

Carroll was arrested after attending his own “Welcome to Dallas” celebration at a Dallas nightclub. He was seen driving his car on the wrong side of the road, according to reports.

Law enforcement pulled him over.  The traffic stop resulted in a subsequent DWI arrest.

The third Cowboys player to be arrested was Damien Wilson. The linebacker was arrested and charged with two counts of aggravated assault with a deadly weapon.

He allegedly backed his car into a woman and brandished a rifle in Frisco, according to police.

A report on ESPN contained information from the police report. The 24-year-old player was arrested and accused of intentionally backing his truck into a woman while parking at Toyota Stadium during Frisco’s Freedom Fest.

Although these alleged crimes by Dallas Cowboys players made headlines, they pale into insignificance compared to come crimes in the past.

In 2003, Dwayne Goodrich, a second-round draft pick was involved in a tragic hit-and-run wreck on I-35. He sped through a fiery wreck and killed two good Samaritans who were trying to pull a man out of a burning car.

Goodrich spent nine years in a prison in West Texas before he was released in 2011. If you have been charged with a serious crime in the Fort Worth area, you should consider hiring a criminal defense lawyer. See our testimonials here or call us at today.