Over the holidays, crimes at stores typically spike in Texas and elsewhere. While shoplifting is one of the most prevalent offenses, stores may also be hit with other types of offenses.

Some of these carry heavy sentences as evidenced by the case of a man who was sentenced to five years in prison for using fake gift cards in North Texas.

A report in the Star-Telegram noted a Cuban man who pleaded guilty to using fake cards to defraud several stores in the Dallas-Fort Worth area was jailed.

Roberto Carlos Puebla Saavedra, a 32-year-old, was originally from Cuba. As well as being imprisoned he was ordered to pay more than $408,000 in restitution.

Prosecutors accused Saavedra and his co-conspirators of loading money onto prepaid cards over a two-year period.

They visited Wal-Mart, Sam’s Club and other large retailers in North Texas and purchased merchandise using the fake gift cards. 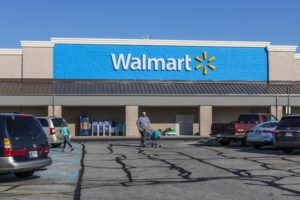 Prosecutors said Saavedra and his co-conspirators manufactured the cards and added the stolen account holder information, onto them.

Details of the case known as a factual résumé, were agreed to by prosecutors and defense attorneys in the case. The document stated the fraudulent behavior took place between August 2014 and July 2016.

The U.S. Attorney’s Office said in a press release, an investigator from J.P. Morgan Chase discovered a considerable number of fraudulent transactions were being made with unauthorized J.P. Morgan Chase debit card numbers at Wal-Mart stores in Fort Worth and Dallas.

When crimes are prosecuted at a federal level, the punishments are typically higher. If you are charged with federal offenses you should hire an experienced criminal defense lawyer as soon as possible.

Our Fort Worth criminal defense attorneys are dedicated to protecting the rights of the accused. We have a lengthy track record of fighting convictions in both Texas state and federal courts. Call the Medlin Law Firm for prompt and aggressive representation today.