A spate of laws that criminalize social issues such as abortion may appear in conservative states in the south under the Trump administration, according to some commentators. There has been speculation about whether a bathroom law that is proposed in Texas could lead to criminal sanctions.

A bathroom bill emerged as the next big social issue in Texas in 2017 after Lt. Gov. Dan Patrick told the Dallas Regional Chamber that its passage would be a priority this year.

Patrick relabeled the so-called bathroom bill as the “Women’s Privacy Act.” He acknowledged some in the business community worry about its effect on the economy.

He said if laws are passed that allow men to go into the bathroom “because of the way they feel” it will lead sexual predators to go into bathrooms.

A bathroom bill was enacted in North Carolina which proved costly to local businesses. Ultimately, the bill was linked to the defeat of Pat McCrory, the Republican governor, in November’s re-election contest. 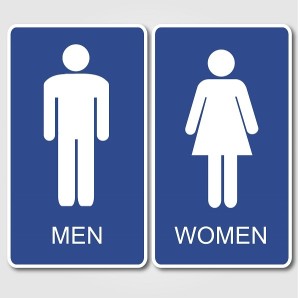 Texas may get a bathroom law

“It sounds like it will be the lieutenant governor’s social issue of the session. I don’t know that the speaker of the house or the governor have any appetite for it.”

Patrick did not describe what the bill could look like or outline the possible sanctions for people who use a bathroom that does not relate to their biological sex.

In some southern states, transgender people face serious consequences for using a restroom that’s labeled for the gender with which they identify.

For instance, Oxford City Council in Alabama has enacted an ordinance that could jail transgender people for as long as six months in jail for contravening the law.

The Oxford City Council passed an ordinance saying residents must use public restrooms corresponding with their biological sex. The move appeared to be a response to an announcement by retail giant Target that it would allow transgender employees and customers to use the restrooms they were comfortable with.

City attorney Ron Allen pointed out that Target has an Oxford store and residents were concerned about the transgender policy.

In North Carolina, the bathroom law presented police with enforcement difficulties. Police said they would not stand guard at bathrooms but would respond if they received a complaint. In Asheville, police said it was not their business to be checking birth certificates. The law raises questions about how police could prove the biological sex of a bathroom user if they did not have identification such as birth certificates on them.

Patrick’s comments suggest Texas is serious about enacting a bathroom law. However, this could be a measure that’s fraught with enforcement issues.

If you are arrested in Texas, your rights may have been violated.