These were dealt with in a recent article in The Washington Post. In an era when alleged misconduct is being probed at the highest level of government, some misconceptions endure.

Here are some of the common myths surrounding white collar crime.

Back in the 1970s, a series of studies appeared to suggest white collar criminals got off lightly during sentencing.

The Washington Post report suggested this is no longer the case. While some judges were lenient on these defenders more than 40 years ago, judicial discretion in sentencing was limited by the Federal Sentencing Guidelines in 1987.

The penalties for fraud were further enhanced in the aftermath of the Enron scandal in 2001. Although the U.S. Supreme Court held the guidelines were advisory and no longer mandatory for judges in 2005, sentences for white-collar defendants have become harsher, not more lenient. 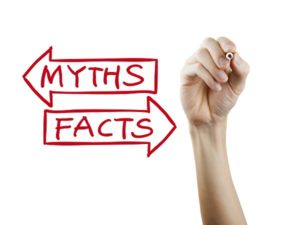 In a recent book, Jesse Eisinger of ProPublica argued prosecutors at the U.S. Department of Justice were unwilling and unable to take on white-collar criminals at the biggest banks and financial firms because of the powerful nature of the defendants.

Commenters claim that prosecutors are afraid of toppling financial figures whose collapse could spell trouble for entire economies.

The Washington Post article took issue with this interpretation. It pointed out the tactics used by prosecutors are similar to those used investigations into drugs and violence crimes.

The article cited the use of wiretap evidence to bring a case against Raj Rajaratnam who was running one of the world’s largest hedge funds.

In April, an article in Mother Jones cited the fears of experts that the Trump administration would backpedal on anti-corruption statutes like the Foreign Corrupt Practices Act in favor of cracking down on violent crimes.

The Post article pointed out this was not the case in 2017. In September, the Trump administration oversaw one of the largest FCPA settlements in recent history when the telecommunications provider Telia and its Uzbek subsidiary paid $965 million in penalties to the Justice Department and the Securities and Exchange Commission over bribery charges.

In August 2017, the DOJ also brought FCPA charges against a former U.S. Army colonel for an alleged money laundering and bribery scheme in Haiti.

4 Nobody Served Prison Time Over the Financial Crisis

There is a widespread perception that nobody was jailed over the recent financial crisis. The Post reported the myth that no Wall Street executives were held accountable for the financial crisis is an enduring one.

However, according to the Special Inspector General’s Office for the Troubled Asset Relief Program, federal prosecutors brought misconduct charges against 56 Wall Street traders and bankers employed by institutions that received TARP funding. The charges resulted from the financial crisis.

While perpetrators of white collar crimes are often accused of robbing people and it may seem like that if you lose your life savings, the psychological effect on a victim is different from a home robbery, the Post reported.

Robbery or outright theft requires the perpetrator to confront a victim. However, perpetrators and victims are seldom in close proximity in the case of white collar crimes.

Crimes like fraud are widespread in Texas. If you have been charged with a white collar crime, our Fort Worth criminal defense attorney can help you.