Unauthorized Use of Vehicle – Reduced To Misdemeanor 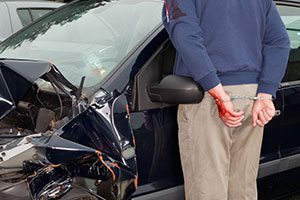 Our client decided to take his employer’s car home during his lunch break and unfortunately on the way back he had a minor accident. He did not have permission from his employer to take the car so he was charged with a State Jail Felony of Unauthorized Use of a Motor Vehicle. And on top of the felony charge, he was also hit with an ICE/Immigration hold. Our client had been in the United States since he was a child so he did not want to get deported. I immediately contacted his employer to get his position on what he wanted to happen. The employer did not want our client to get in trouble and agreed to sign an affidavit of non-prosecution. I then presented the affidavit to the DA along with mitigating circumstances and he eventually agreed to reduce it from a State Jail felony to a misdemeanor. Now, thankfully the client is in a better position to remain in the United States due to not having a felony conviction.