Nonprofit organization Allies in Youth Development held its first Russian ball on Nov. 3. Allies in Youth Development aims to fight human trafficking and organize mentorship programs between university students and orphans in five Eastern European countries. Based in Mansfield, the organization held the reception in Dallas to generate funding for mentorship trainings, supplies, and other necessities for their programs.

The vibrant event featured live music by Russian pianist Dzmitry Ulasiuk, entertainment provided by professional Russian dancers, and a gourmet dinner with Russian notes and influences. There was also a live auction featuring vacation packages to locations like Florida, a guitar signed by the Eagles, and a Star Wars Darth Vader helmet signed by the original cast. These items were sold in support of Allies in Youth Development. 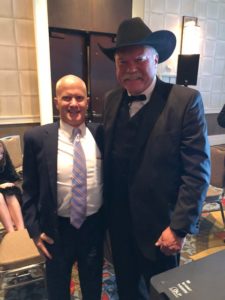 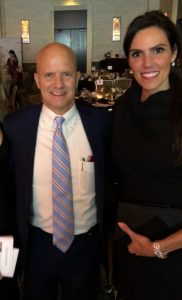 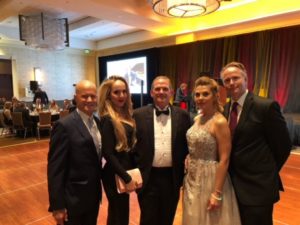 With Executive Director Cris Burgin and Director of Eastern European Operations Tatiana Baeva with her husband.

The organization was pleased at the turnout of the event, using their Facebook page to thank the community for their help and participation in raising around $67,000. Allies in Youth Development stated that monetary support will be used to empower orphans and prevent worldwide human trafficking.

In attendance was Taya Kyle, author of New York Times bestseller “American Wife” and widow of the U.S. Navy SEAL Chris Kyle, who discussed events of good and evil after the death of her husband. Another keynote speaker was Tarrant County Sheriff Bill Waybourn who discussed human trafficking abroad and his work on stopping and preventing human trafficking.

The Medlin Law Firm was delighted to be in attendance at this event to support the work done by Allies in Youth Development. The lawyers at The Medlin Law Firm are proud to support international and local groups that aim to make the world a better place. If you or someone you know is looking for community support or legal representation or consultation, do not hesitate to contact us. Our dedicated and knowledgeable attorneys could be of assistance in both your legal matters and community endeavors.