West Upper Side Neighborhood In Fort Worth TX

West Upper Side All You Need To Know

West Upper Side sits on the west side of North Henderson Street. Summit Avenue forms its western boundary. Seventh Street runs east to west through the neighborhood. Seventh Street is one of the few Fort Worth streets that crosses the Clear Fork of the Trinity River. Residents can walk to the massive Trinity Park. That is home of the Fort Worth Police and Firefighter’s Memorial, the Trinity Park Duck Pond and numerous playgrounds. The Dream Park Fort Worth playground is south of Lancaster Avenue. Lancaster Avenue marks the southern edge of the neighborhood. Summit Avenue merges with Weatherford Street and Forest Park. This occurs at the northern edge of the subdivision. But Weatherford Street takes you to the northern edge of Sundance Square.

Hemphill separates the West Upper Side from downtown Fort Worth. For example, the Tarrant County College Trinity River Campus is on the opposite side of Hemphill. The Tarrant County Jail, Tim Curry Justice Center, and Tarrant County Lon Evans Correction Center surround the school on three sides. The Tarrant County Clerk’s Office and Fort Worth Public Library Foundation are south of Summit Avenue on the east side of Hemphill. This puts West Upper Side residents in walking distance of these major employers without living in the middle of it all. The area caters to people who work in downtown, so it has a ton of apartments and condos. There has been significant redevelopment in the area, so you can find condo and apartment buildings built since 2000.

The area is advertised for being in close proximity to the cultural district. It also has more mundane amenities. If you took Henderson Street south several blocks, you’d reach the Fort Worth Public Market. This is just north of Interstate 30.

You can Take Eighth Street and Hemphill south of I-30. Hemphill takes you to the hospital district. That includes Cook Children’s Medical Center and Texas Health Harris Methodist Hospital Fort Worth. Residents are a ten minute drive from Texas Christian University and Texas Wesleyan University.

West Upper Side received a walk score of 63. It received a public transit score of 60. There are bus routes along Seventh Street and Lancaster. Residents are a roughly twenty minute walk to the TexRail T&P Station. It received a bike score of 70. It has lots of bike lanes. You can walk or bike to three different shopping centers within a one mile radius of the neighborhood. 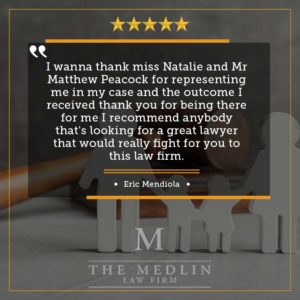