Vickie Lane-Bowie Street, Fort Worth, TX is named in part for Vicki Lane. It is a tiny neighborhood just south of Morningside, a neighborhood named for Morningside Missionary Baptist Church. Bowie Street itself does pass through the neighborhood. However, the street is odd because it is interrupted at a number of points so it doesn’t run contiguously. For example, in the Vickie Lane-Bowie Street, the road is stopped by Mississippi Avenue and Evans Avenue. Past I-35, and East Bowie begins. The is stopped by a rail line. It resumes its journey west of the railway before terminating at yet another rail line. The road is also unusual for having sections still paved with brick. That was the norm for the 1920s, but most Fort Worth streets have since been paved.

Edward J Briscoe Elementary, Morningside Elementary School, and Morningside Middle School are the closest public schools. Edward J Briscoe Elementary is directly west, though it is on the side street of Talton Avenue rather than directly accessed via Glen Garden Drive. The Genesis Christian School is two blocks north of Morningside Elementary School. There are no public or private schools inside of the small residential neighborhood itself. With a few dozen older homes, there was no need for it. People are attracted to the area by the affordable homes. You can find a 1000 square foot home for around 150,000 dollars. For comparison, the median price for middle-tier homes in Fort Worth is roughly 250,000 dollars. This figure specifically excludes luxury homes. This area is notable for a lot of two bedroom one bath homes and three bedroom one bath homes. Relatively few have been updated to include the second bathroom modern home buyers expect. On the other hand, there has been some redevelopment. Tear down the small 800 square foot home on a large lot and build a 2000 square foot modern home.

Glen Garden Drive leads to the sprawling Cobb Park. It is so large that Cobb Park and Cobb Park Drive West both pass through the neighborhood. If you take that north, you’ll hit Highway 287. Cobb Park West merges with the Highway 287 access road. Maddox Avenue passes under the highway. Residents can take that to reach Uplift Meridian Preparatory School and the Polytechnic Senior High School. The park itself stretches north past Maddox Avenue and Rosedale Street before turning into Sycamore Park. On the other hand, there are no parks inside of this small residential neighborhood.

The area has good public transit. There is a bus route along East Berry Street to the south. Vicki Lane dead-ends into Evans Avenue. There are bus routes along Evans Avenue, too. The neighborhood is separated from I-35 West by the Southtown Shopping Center

Morningside Park is on the south side of East Berry Street. That separates the neighborhood from Echo Lake Park. This ironically means that Viki Lane – Bowie Street is sandwiched between Morningside and Morningside Park. And West Morningside is on the west side of Interstate 35 West. Jennings-May St. Louis is beyond that. 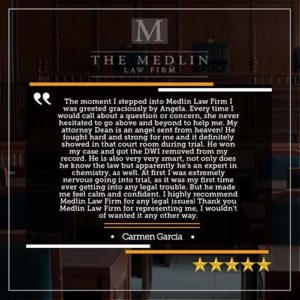