What It is Included In Domestic Violence

Domestic violence is violence directed against anyone with whom you have a “domestic” relationship with. That is why abuse of a parent or other relative is considered domestic abuse. There are additional penalties if the person is elderly or disabled. Domestic violence is not limited to biological relatives. It can include in-laws and adopted relations. It includes foster children and foster parents, including the foster parents of your biological children. 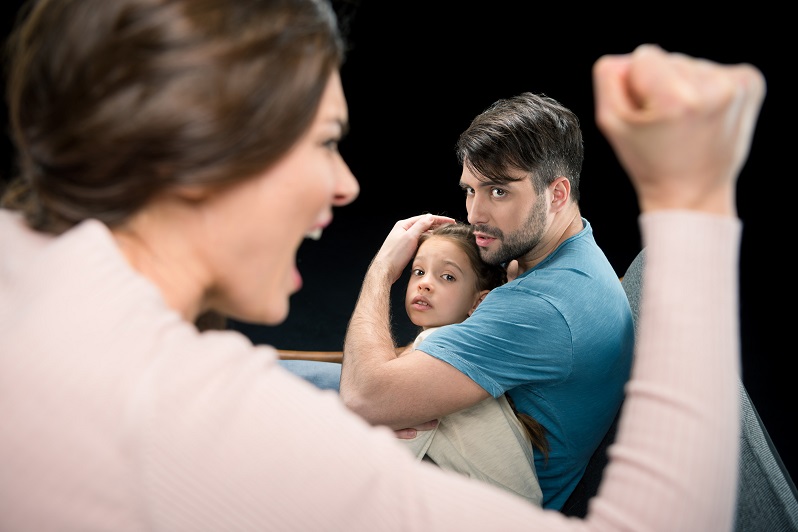 Furthermore, section 71.006 of the Texas Family Code includes anyone who previously lived in a household as a victim of domestic violence. That is why you can be convicted of domestic violence if you assault a former roommate or former lover even after they move out.

What if you didn’t hit them but only threatened to do so? What if you threw something but it missed? Texas classifies any action that reasonably creates fear of imminent physical harm, bodily injury or assault as domestic violence. Unlike some states, Texas also counts threats of domestic violence as violence. Joking about raping your partner or threatening to shoot them can lead to domestic violence charges. Domestic violence includes knowingly or intentionally causing physical contact the other person finds offensive. That is defined by Texas Penal Code Ann. 22.01.

Charges Not Included In Domestic Violence

There are definitions of domestic violence that include emotional, verbal, social, spiritual and financial abuse in addition to physical abuse. Marital rape and rape of a sexual partner is sexual assault. But many things that are often equated to domestic violence are too subjective for the court to deal with, though they may be side effects of abusive relationships. For example, a partner controlling the money is doing so to prevent the other person from leaving. But one partner giving the other an allowance generally isn’t domestic violence. A stay at home partner supported by the other isn’t a victim of domestic violence unless there is ongoing psychological and/or physical abuse.

Self-defense is not a crime. Defensive measures against a partner or roommate attempting to assault you are not domestic violence. The hard part is often determining who instigated the event and who was defending themselves. Consult with a good criminal defense attorney if you’re accused of domestic violence, because you shouldn’t have your life ruined by someone claiming they were abused.

Consequences Of Being Accused With Domestic Violence Charges

The mere accusation of domestic violence can result in no-contact orders issued by the courts. These orders can include orders to:

Accusations of domestic violence are common in family court, and the allegation can impact child custody and spousal support orders. While a person claiming domestic abuse or child abuse occurred can get full physical custody of the child and force the other partner out of the home while limiting visitation, the courts do not take kindly to false allegations. If it is discovered that you lied about domestic violence to get sole custody or take advantage of other services intended for victims, the court may take the children from you and hold you in contempt of court.

Penalties of a Domestic Violence Conviction 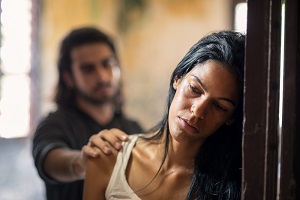 Domestic assault is a class A misdemeanor for a first offense. For comparison, simple assault is punished by up to a year in prison and fine of up to 4K. If you only threatened violence against a stranger but didn’t cause harm, then it is a class C misdemeanor.

Texas requires those who have been convicted of simple assault to pay restitution. That includes reimbursing them for the medical bills incurred due to their injuries, counseling, and the replacement of any damaged property.

A domestic violence conviction can affect your employment options, whether or not you’re convicted of a felony. For example, child abuse and/or domestic abuse charges go on state registries. This can prevent you from working as a teacher, caregiver for the elderly or disabled, or as a healthcare provider.

You could be charged with a second felony if you used a weapon during the assault or caused serious injury. That is because serious injury or a use of a weapon makes it aggravated assault. A second-degree felony can be punished with a jail term of up to twenty years.

Is Deferred Adjudication an Option?

Texas allows courts to grant deferred adjudication for first-time domestic assault charges under limited circumstances. This is only possible if the person pleads guilty of domestic violence and if it is not aggravated domestic violence. The court can then postpone sentencing if other conditions are met.

If the defendant satisfies all of the court requirements, the court can dismiss the case. However, it will not be expunged from the record the way Texas courts allow first time drug offenders can. The arrest, deferral and dismissal remain part of the person’s criminal record. If the person is re-arrested for domestic violence, they will be a repeat offender.

Another possible outcome is community supervision. This may be an alternative to prison for those who were facing two to ten years in prison. They may have to spend time in prison before starting community supervision. In general, you would have to serve 30 days for a misdemeanor and 180 days for a felony. Community supervision or probation begins upon release. The court will generally apply conditions similar to those necessary for deferred adjudication. It isn’t uncommon for Texas courts to require someone to maintain employment, abide by curfews and take regular drug tests, as well.

Domestic Violence – Discuss The Strategies To Win Your Case Today