Building a Defense For Fort Worth Assault Charges

Convictions for assault charges can carry harsh prison terms and other serious penalties, but there are many effective defenses we can use to defend the charges or lessen the punishment.

There are two sides to every story, especially in assaults. In Texas, assault carries severe penalties and consequences that may include imprisonment, sizable fines, probation or parole, liability for victim’s pain and suffering or medical expenses and lost wages, court-ordered anger management classes, loss of rights to possess weapons or firearms, and more. If you are accused of assault, aggravated assault, domestic violence, homicide or any other act of violence, you need a Fort Worth assault defense attorney skilled at driving holes in the prosecution’s case and revealing the other side of the story.

Importance of Speaking With An Attorney

It is important that you talk to an attorney before making any statements to police. Once we at the Medlin Law Firm know the allegations against you, the nature of the evidence, and the potential penalties, we can challenge the charges or work to have the penalties reduced on such charges as:

Types of Assault We Can Help With

Domestic violence is a serious matter that tears apart the fabric of the family. We fully recognize the domestic issues that surround spousal abuse and child abuse. We also know how isolated incidents can be blown out of proportion. Accordingly, we provide domestic assault defense that is both respectful and aggressive.

Domestic violence can be emotional or physical. We’re focusing on the legal issues surrounding assault in a domestic relationship. Domestic violence is any event that causes physical injury or fear of domestic injury within family members or household members. This is similar to assault except for the intimate nature of the relationship. It could be assault and battery of your lover, your mother, your child or your spouse. Domestic assault in Texas can be a felony or a misdemeanor.

If you’re in a physical altercation with a relative or lover, you could be charged with both assault and domestic violence. You want to avoid this at all costs. Domestic violence charges can cost you your ability to work in education, childcare and healthcare. It ruins your reputation. It can prevent you from having unsupervised visitation with your children. Your partner benefits from false allegations of domestic violence, since it will stall eviction proceedings, yield free legal aid for battered spouses, and may even get them more alimony.

Furthermore, the courts punish domestic violence much more severely. This is because domestic violence is much more likely to be long-term. After all, you still have a relationship with your child’s other parent even if you break up. The court seeks to rehabilitate the person rather than punish them, so there may be additional mandates like orders to attend anger management or parenting classes.

Additional charges can be levied if the victim is considered more helpless than average. For example, you could be hit with additional charges for injury to a child, elderly person or disabled person. Severe child abuse can be followed up with charges of abandoning or endangering a child.

What Cases Can Lead to Assault Charges?

Any attack on another can be classified as assault. You have to prove to the prosecutor that it was self-defense. Assault charges can be filed when your actions put someone in the hospital, and they’d be upgraded to homicide or murder if the victim dies.

Sexual assault traditionally refers to rape. However, it can include a number of acts in addition to conventional rape. Additional assault charges could be filed, such as when the person is accused of beating the rape victim unconscious so that they could be more easily assaulted. If the attacker tries to kill someone but fails to do so, they will certainly be charged with assault.

Deadly conduct is a criminal offense in Texas. This charge can stem from any event where a person recklessly engages in behavior that puts others in immediate danger of serious injury. A classic example of this would be a drunk person waving a loaded gun, whether or not it goes off and hurts someone.

If you were charged with an assault crime that caused serious bodily harm or involved the use of a weapon, the offense becomes classified as a felony aggravated assault.

Many factors come into play, such as whether you have prior convictions and the brutality of the crime. You may be subject to 2 to 20 years in Texas prison, or fined up to $10,000, or both if you are convicted. This is one more reason not to take chances with an inexperienced assault defense lawyer or public defender. 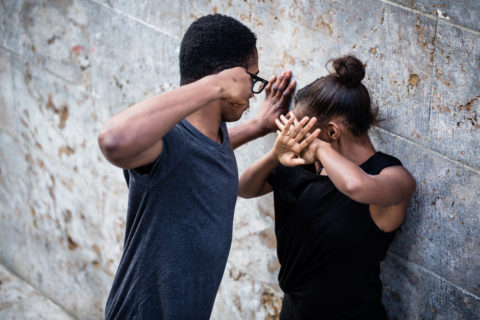 Recommended: Lawyer For Assault Charges In Texas
&
Our Page