What Happens if You Refuse to Take a Breath Test in Texas?

If a suspect is stopped by a police officer who believes they have been drinking alcohol, they may be asked to take a breath test in Texas.

Although many people get concerned about refusing an officer request, there are good reasons to decline a breath test.

If the driver refuses to take the breath test their license may be suspended for 90 days or up to a year and even longer if he or she has prior DWI convictions.

However, they have a right to a hearing if that hearing is demanded in a timely manner. Your license can be suspended for refusing a breath test. However, if you are at the point of being asked for a breath test then you are probably getting arrested anyway. Even if you pass the breath test, you aren’t going to get released.

It’s usually the best course to refuse the breath test. The police can get a warrant for your arrest but they have to have specific facts that will provide the probable cause needed for a magistrate to issue a warrant. It’s always best to refuse a breathalyzer test. 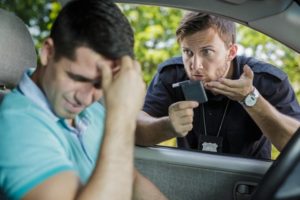 The consequences of breath test refusal in Texas

Additionally, there is considerable evidence that breath tests are less reliable than blood tests.

If you refuse a breath test, you may give police or a prosecutor less evidence to work with. Prosecutors will be forced to base their observations on your behavior during the stop itself. As we have previously mentioned, you should also refuse field sobriety tests.

Both the breath test and these tests that are often arbitrary and unreliable can give a police officer more ammunition to claim you were impaired while at the wheel.

Breathalyzers are notoriously unreliable. Although the blood/alcohol level of 0.08 percent is above the legal limit in Texas, there have been cases in which defendants blow 0.05 or 0.06 and the reading ends considerably above the impairment limit.

If you drank alcohol and the result was borderline, an incorrect breath test reading can be the difference between a criminal conviction that can harm your career and a clean record.

Gary Medlin of the Medlin Law Firm has extensive experience in DWI/DUI defense. You can read more about the very serious consequences of a drunk driving conviction here.

Please call us for a free and confidential consultation if you have been charged with this serious offense.