If you commit multiple DWI offenses in Texas, you are likely to spend a lot of time behind bars. In some cases, you may never be released. Recently, a man from west Texas received a life sentence for DWI.

A report in the Star-Telegram noted James Eric Nachlinger picked up 10 arrests for DWIs. He was sentenced to life in prison following his seventh DWI conviction.

Nachlinger, of Scurry County in West Texas admitted a DWI charge from last July. He elected to have state District Judge Craig Towson assess his sentence. 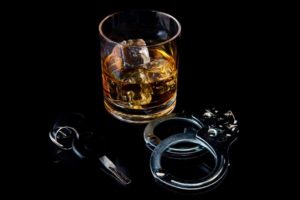 The 48-year-old was previously sentenced to prison for four other felony charges. His latest brush with the law occurred on July 28, 2016, when he was driving erratically on Interstate 20 in western Parker County. He was stopped by police who found he had a blood/alcohol content of more than three times the legal limit, according to Swain.

He was sentenced to a total of 66 years in prison. Nachlinger gave no indication he would stop driving drunk. He told police he still drinks alcohol because he likes it.

Towson told him he had no option but to give him a life sentence for DWI because he has a duty to protect the public.

Although it’s not common to receive a life sentence for a DWI, judges in Texas periodically send out signals to habitual DWI offenders.

Last year a man from the Houston area was sentenced to life in prison for his ninth DWI. Donald Middleton, 56, had his first DWI conviction in 1980. He has been racking up convictions ever since.

He was sentenced to life after a head-on collision with a 16-year-old motorist. He escaped the scene accident scene and was trying to hide at a local gas station when police picked him up.

At the Medlin Law Firm, we have decades of experience in DWI cases and have handled many extreme cases. These may involve an injury or a death or a driver with multiple previous convictions.

If you have been arrested for DWI, it’s important to act fast. Call the Medlin Law Firm today for a free consultation about your case.